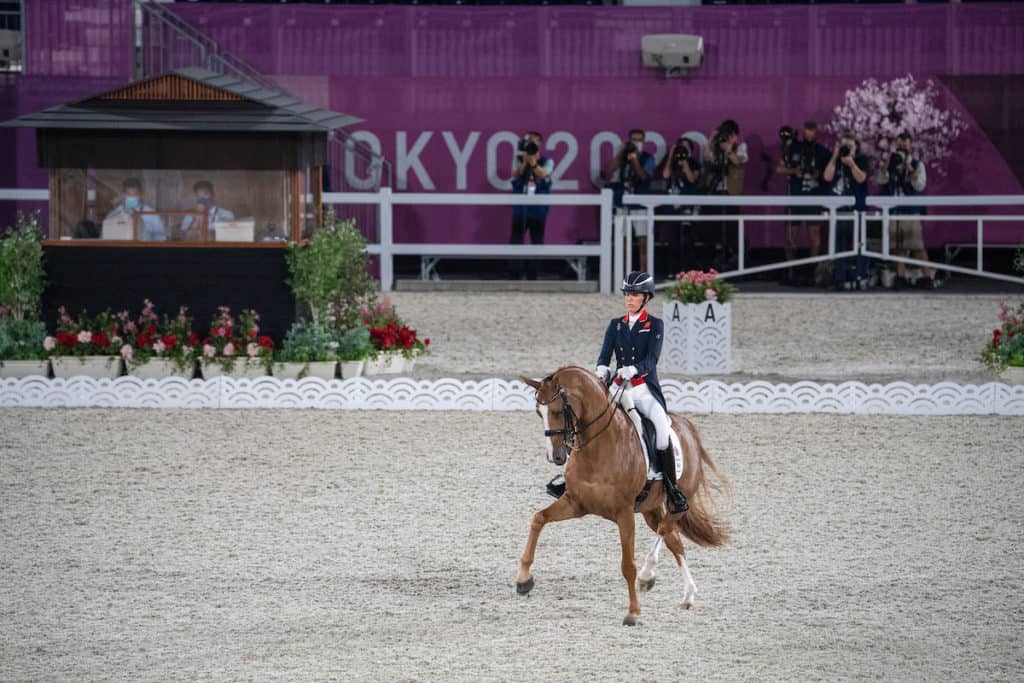 The crowd-favourite Grand Prix Freestyle concludes with a bronze for Team GB while German riders claim gold and silver.

Viewers will have been forgiven for thinking it’d be an all-German podium after this week’s events, and after Jessica von Bredow-Werndl rode the gorgeous TSF Dalera to a showstopping 91.732% and teammate Isabell Werth rode a stunning display on Bella Rose 2 to 89.657% – it all came down to the final to go. However, third German team members Dorothee Schneider and Showtime FRH made just a few costly mistakes to slip down the leader board to 15th – allowing provisionally third placed Charlotte Dujardin and Gio to stay where they were and claim the bronze medal.

Maintaining her composure as the penultimate rider of the day – surely aware of the tight scoring of the top 10 – Charlotte and the pocket rocket ‘Pumpkin’ scored an extraordinary 88.543% making her the most successful British female athlete at any Olympic Games. With brave changes and a tricky floorplan for the talented but inexperienced 10-year-old, their medal is well-deserved and a credit to her and Carl’s training. Watch this space!

Carl Hester and En Vogue enjoyed another superb test for the gelding’s first-ever international freestyle. With a brilliant score of 81.818%, the pair took a respectable eighth place with a breath-taking zig-zag half-pass passage, despite just a couple of unfortunate mistakes.

Lottie Fry rode Everdale to finish with a brilliant 80.614% for her first ever individual Olympic final. Everdale felt the pressure, proving a little tense throughout, but with stunning, sustained suspension and extravagant paces they took 13th place.