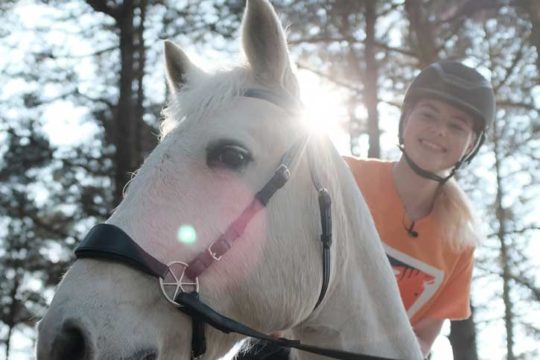 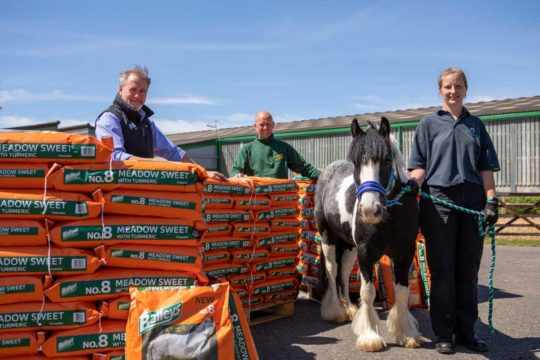 Riding out can do your pony the world of good, especially if he’s spooky. Here’s why 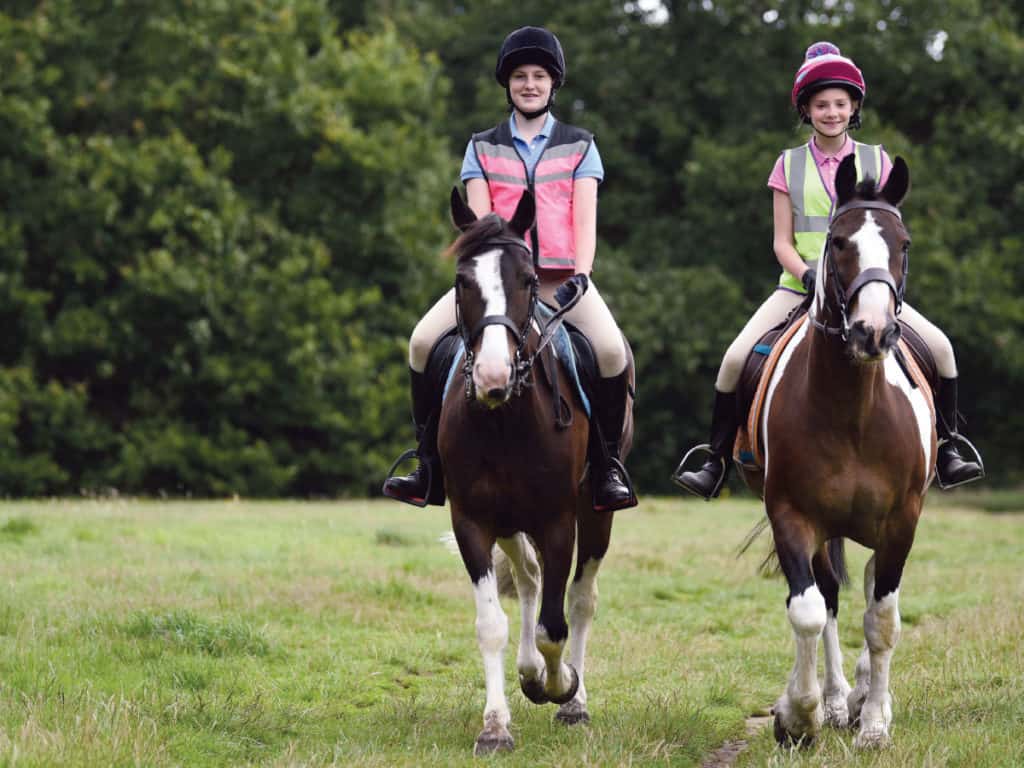 There are so many reasons why hacking is great for you and your pony. It’s super-fun, a fab way to improve his fitness and it gets him out into the big wide world. This not only keeps riding fresh and interesting for you both, but it means he’s experiencing lots of new things all the time, too.

Seeing and learning about new things is a must for your pony because it’ll help him in everything he does, from dealing with speedy traffic to busy showgrounds. With a spooky pony it’s important you embrace new things rather than avoid them. He might find things spooky at first, but he’ll soon get used to them – having a pony who’s super-chilled in every situation is the aim!

What does it mean when your pony spooks?

When your pony spooks it means something’s caused him to have a fright. Different ponies react to this in different ways – some startle and stand still, whereas others will quickly move away (by jumping sideways or spinning) from whatever caused them to spook. It’s important to remember that because ponies are flight animals, which means they run from danger, it’s natural for them to occasionally spook. There are lots of ways you can make your pony less spooky and it’s a really important thing to work on, and knowing what to do if he does spook is a key riding skill, too.

Did you know? Ponies are able to hear much better than you can and, although their sight is not as clear, they’re very sensitive to movement, so even if you can’t see or hear anything, it doesn’t mean there’s nothing there.

Ponies are most likely to spook at things that…

How to know when your pony’s about to spook

Aim: Spot the spook before it happens

Action: Your pony won’t always give you a warning that he’s about to spook, but sometimes you’ll be able to spot a few signs and knowing these gives you a chance to react in the best way. Some clues he might be about to spook include… 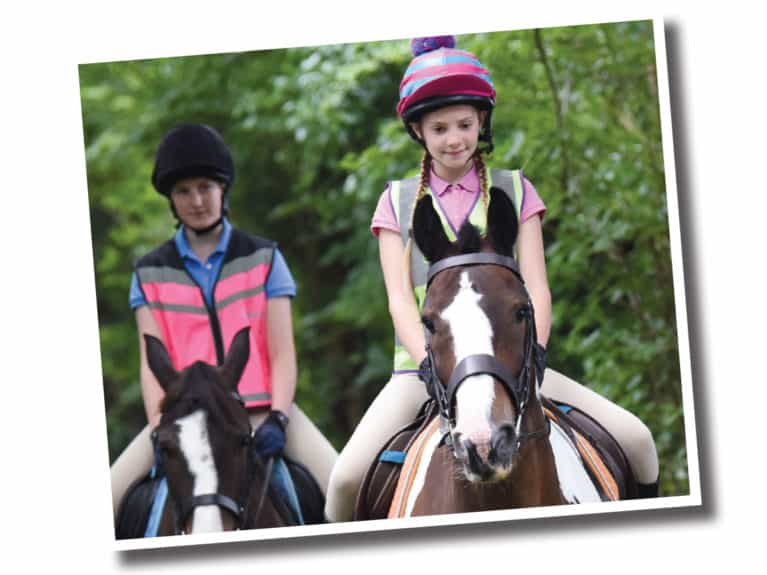 How to stop your pony spooking

Aim: Stop your pony from spooking

Action: If you spot any of the signs it’s important not to panic – if your pony’s ears are pricked, he might just be listening to something – it doesn’t mean he’s definitely going to spook.

All ponies and situations are different. Sometimes it’s best to keep your pony occupied with something else and looking the other way – for example, if there are cows on the other side of the hedge, but in other situations, such as a large, noisy lorry approaching, it’s better to stop somewhere safe and let him take a look. 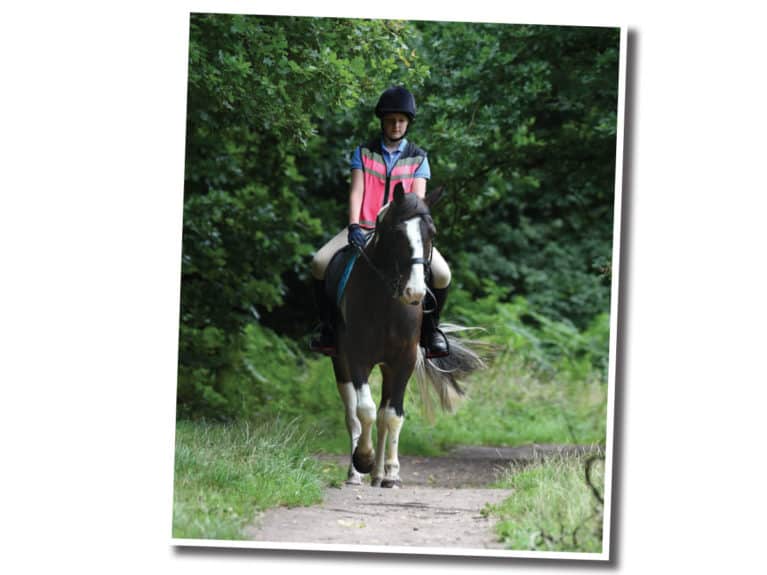 How to ride your pony while he’s spooking

Action: Because your pony spooking can come as a bit of a surprise, it’s important that you have a really secure position. Make sure you… 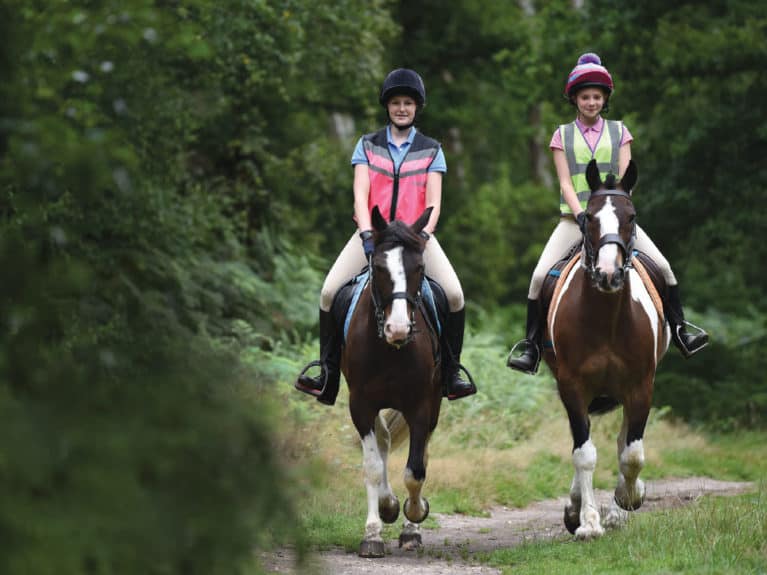 Action: Teaching your pony that new things aren’t out to get him should really start on the ground, but there are things you can do while you’re hacking that will help him, too.

If you notice there’s something spooky around, there are a few things you can do to show him it’s not scary and give him more confidence, including… 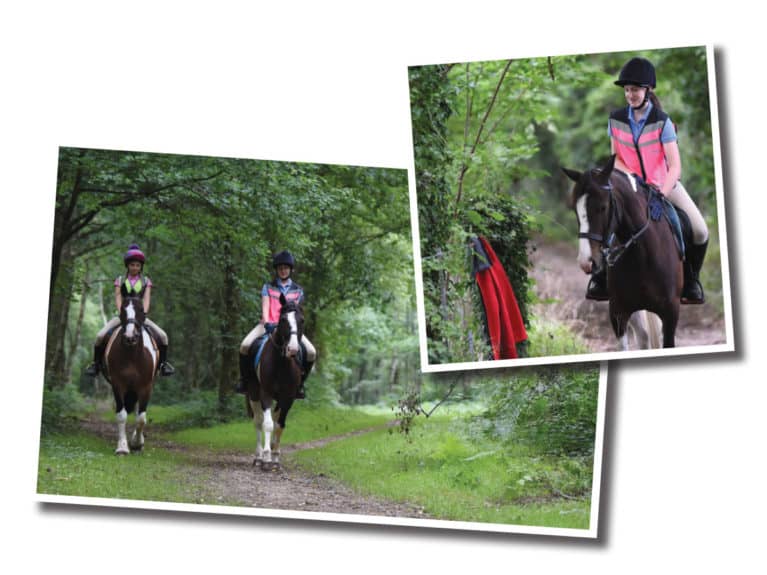 Top tip – If your pony always spooks at the same thing, reintroduce him to it in a safe environment, such as on the yard or in the school, so that he can get used to it. 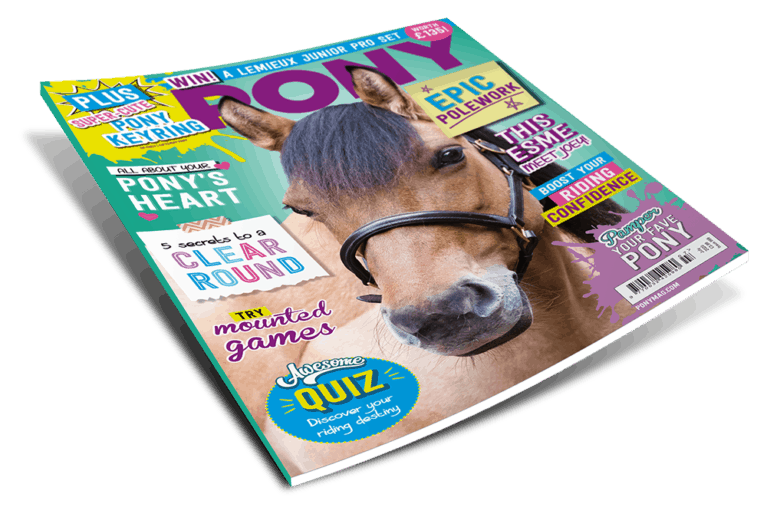