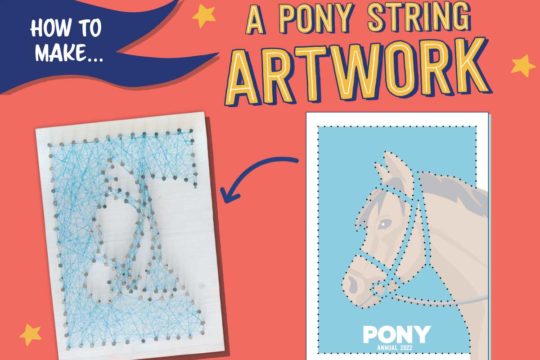 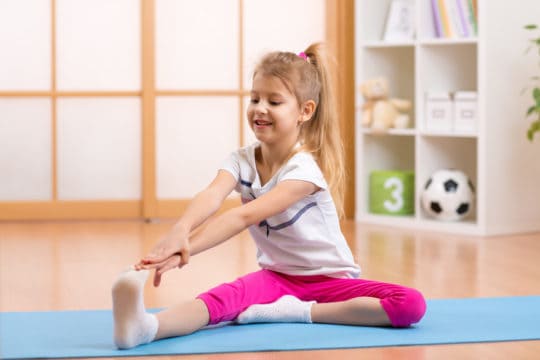 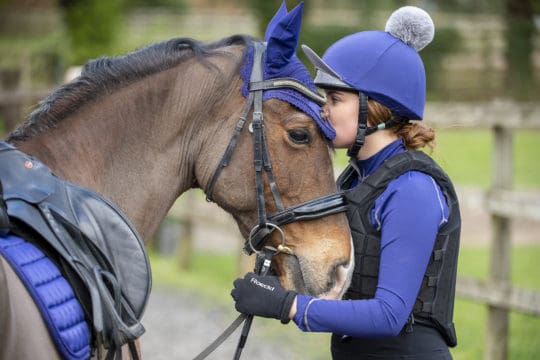 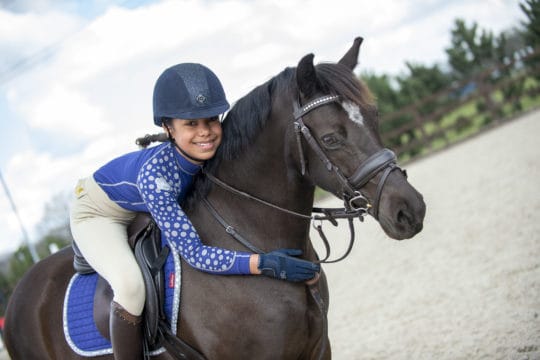 The Breed A-Z – The ultimate guide to pony breeds

Horses are a widely varied species with hundreds of different breeds, ranging from the small and hairy to the large and sleek. Different breeds are also often considered good at various activities. You rarely see Shetlands eventing, or Clydesdales doing gymkhana games! Physical appearance differs too, such as conformation and colour descriptions. 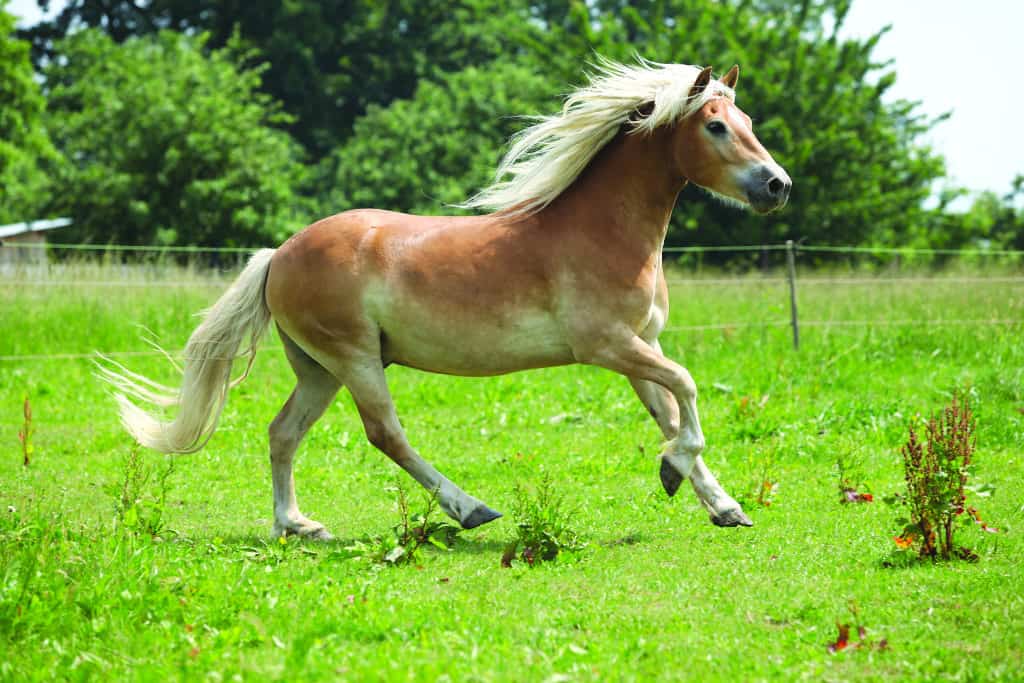 Appaloosa is generally considered a breed, although it can be thought of as a colour too, thanks to their distinctive spotted coat. Appaloosas originally came from the area surrounding the Palouse River, which led to the breed name, and were bred and ridden and then eventually registered by the Nez Perce Tribe in America. Their colour was considered good for camouflage, as the spots broke up the form of the horse amongst scrub and trees.

The Bashkir Curly is the only breed of hypoallergenic horse, meaning those with horse allergies are not triggered by them. Their characteristic curly hair does not always spread over the whole body – the thickness and quantity of the curls can vary. Some may be completely covered in curly hair, and others may only feature curly hair on their ears and legs. They normally stand between 14 and 16 hands, although some have been smaller.

Clydesdales are a breed of heavy horse from Scotland, originally used for farm work such as ploughing. Even though farming is motorised nowadays, Clydesdales are often still used for logging, and a team of them famously pull the Budweiser wagon, and are being used for riding in some places. They are normally bay and occasionally black, often with white leg and facial markings. The Clydesdale Horse Society was created in June 1877, and Clydesdales are most commonly used for showing.

The Dales Pony is a native breed to the UK, known for their strength, intelligence and hardiness, with a strong history of lead mining in England. Their numbers have dwindled, and despite breeding programmes, they are categorised as endangered. They are usually around 14 hands, and are nearly always black. Dales Ponies are mostly used for riding and driving.

The Exmoor Pony is Britain’s oldest native breed. Known for their light brown colouring and lighter areas around their mouth and eyes (known as a ‘mealy’ mouth and ‘toad’ eyes), they are hardy ponies perfectly evolved for life on the moors of Exmoor. They are generally good children’s ponies, standing around 13 hands, and are normally good gymkhana ponies. They are also very popular in the show ring.

The Fjord Horse of Norway is a stocky breed, almost always bright dun with black points (such as ears and legs) and a characteristic hogged mane with a black stripe through the centre. The Fjord is always considered to be a horse, regardless of height, and they are a versatile breed which is often good at dressage, jumping, and general riding.

Gotland Ponies are an old Swedish breed, and are the only native breed to Sweden. They are most frequently used in Sweden as riding ponies, standing between 11.3 and 13 hands, making them ideal for children, particularly in riding schools. They can be bay, chestnut, black or palomino, but are never dun, grey, skewbald or piebald.

Highland Ponies are originally from Scotland, and enthusiasts maintain that the very best Highlands Ponies are always bred in their homeland. It is one of the largest mountain and moorland breeds, and apart from use in shows and for general riding, one of their characteristic uses is in small-scale logging. The often have thick manes and tails, and were also used to carry dead deer away from hunts and shoots, with saddles built specially for the purpose.

Irish Hobby Horses are now extinct, but they were originally a British breed from before the 13th century. Their bloodlines created the foundation for numerous modern Irish breeds such as the Connemara and the Irish Draught. They also share bloodlines with Thoroughbreds, and toy hobby horses are named for them. They were used as war mounts during the Middle Ages due to their speed and stamina.

Jutlands are probably best known for their association with the Carlsberg brewery. In their heyday, they were used to pull brewery wagons, and in Copenhagen, they are still a popular sight for festivals and celebrations. Even though the breed is Danish, it is thought that their bloodline was influenced by the Shire and Suffolk Punch. They are smaller than the average heavy horse, standing at 15 to 16 hands, but they are heavily muscled and very strong.

Koniks are a Polish breed, and their name translates as ‘little horse’, which is very apt – they only reach 13.3hh at the most. They are generally grullo dun, and have primitive markings. They are primarily used for light agriculture and farming.

The Lusitano is a close relative of the Andalusian, but originates in Portugal, rather than Spain. Until recently, they were bred mainly for bullfighting, Lusitanos are agile and energetic, but are typically kind-natured and intelligent, with a short back and arched neck. Due to being bred for cattle herding in the mountains, they are very athletic, and can position all of their hooves under them, on the same spot! Lusitanos can often be seen doing this in the paddock as they graze.

Mustangs are American horses, thought of as feral, of Spanish descent, introduced to America in the 16th century by Spanish conquistadors. Due to being descended from Spanish Barb Horses, a true Mustang should always have 17 ribs! They can be any colour, although they are normally black, bay or chestnut.

Norman Cobs were used in historic France for pulling carriages and doing light farm work, and have recently become popular riding horses as they are between 15.3 and 16.3 hands, making them the optimum height for most adults. Traditional colours include chestnut, grey, bay and some striking types of roan.

Oldenburg Horses come from Germany, and were originally used as coach horses due to heavy horse bloodlines. However, demand was for a more refined German carriage horse, and they were bred with lighter horses such as the Thoroughbred, Cleveland Bay, Hanoverian and Norman Horse to create a delicate yet strong-looking mount, which was gradually turned into a riding horse. They are now considered able eventers.

Przewalski’s Horses are the only known truly wild breed of horse in the world since the extinction of the Tarpan. Some people believe they are ancestors of modern horses (they have 66 chromosomes, as opposed to 64 carried by domestic horses) and it is thought that they could be the horses featured in Stone Age cave paintings, or at least be closely related to them! Sadly, during the Victorian era, they were hunted to extinction in the wild, but in 1992, a few breeding groups combined their herds to release into Mongolia, their homeland.

Quarter Horses are the oldest known North American breed; the result of mixing Thoroughbred genes with Spanish stock, creating a muscular, stocky horse, used for riding, cattle herding, barrel racing, rodeo, pulling agricultural and building equipment, and racing. Their name comes from their supreme speed over a quarter of a mile!

Rocky Mountain Horses originate in eastern Kentucky in the early 20th century, sharing bloodlines with the American Saddlebred and the Tennessee Walking Horse. Their smooth gait made them a favourite with farmer in the Appalachian Mountains, and they are also favoured for their versatility, hardiness and ability to live out all year round. They are preferred to be silver dapple, a rare chocolate colour with a white mane and tail, but all solid colours are accepted in the breed registry.

Shetland Ponies come from the Shetland Islands in Scotland, and are thought to be the hardiest native breed, capable of surviving on most kinds of vegetation, including seaweed! They were used in mines of various sorts, along with other small native ponies, particularly coal mines, dragging carts of coal underground to transport it to the surface. Some pit ponies never saw daylight, as they went into the mines before it was light in the morning and left after dark. A few mines even stabled their ponies underground! The last pit pony was retired in 1999.

Thoroughbreds are predominantly known for their use as racehorses worldwide, with an international racing capital in Newmarket, with the National Stud breeding some of the UK’s best racehorses. The Thoroughbred bloodline comes from three main sires: The Byerley Turk, the Godolphin Arabian and the Darley Arabian. They reach 15.2 hands on average, and are prized for the speed and refined conformation. They are normally bay, chestnut or grey, although the latter is quite rare. A famous grey Thoroughbred is the champion Desert Orchid.

Unmol Horses come from the north-west Punjab in India, and their name translates to ‘priceless’ as they were invaluable to the local people for transport. There are four sub-breeds of the Unmol Horse: Harna, Hazziz, Morna and Sheehan. They normally stand at around 15.1 hands, and are often grey or bay.

Vladimir Heavy Drafts were originally bred in Russia for their speed and strength by crossing larger draft breeds including the Shire and the Percheron. They are normally between 15 and 16 hands, with a strong build and kind face.

Xilingol Horses come from south-eastern Xilinggral Meng in Inner Mongolia. They are quite a new breed, and were developed and formally recognised in the 1960s, having been bred from Russian and Mongolian breeds. They are known for their speed and are used as light riding horses.

Yorkshire Coach Horses are also known as Cleveland Bays. They are the oldest British breed, and they are primarily used as riding horses, although they are also driven and used as police horses. In the past, they were used as elegant ladies’ mounts, with long strides, standing at around 16 hands. They are prized for their strong character, intelligence and stamina, and must be bay with black points to be accepted into the breed registry. They are severely endangered – there are only around 500 left in the UK.

The Zebra is not a horse breed; it is an entirely separate species, although they are still part of the Equus family. There are three types of zebra – Grevy’s zebra, mountain zebra and plains zebra. A zebra subspecies called the Quagga became extinct in the late 19th century, although there is currently a project in order to try to breed zebras that are similar to the Quaggas, in order to recreate the species. 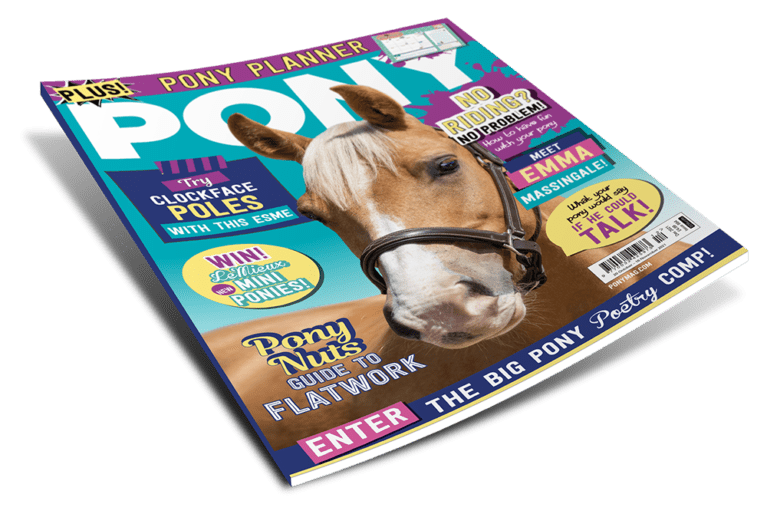