Becca was a big fan of Oliver Townend, but she never dreamed she’d meet him – twice! 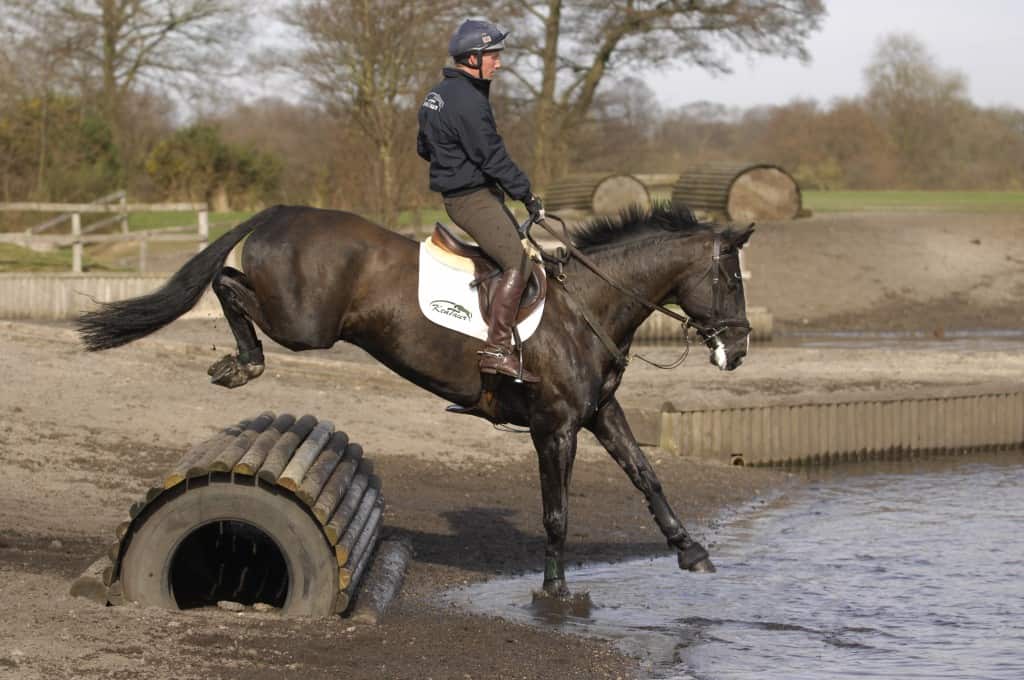 When I went to Blair Castle Horse Trials last year, I had no clue that it would lead to me receiving the best birthday card of my entire my life later that year.
Going to Blair Castle was a treat for when I went to visit my auntie. It started earlier than I would normally get up to go to an event – I got up at 5:30am! When we arrived we watched the horses being trotted up for the vets, which was pretty cool and really interesting. They do this to check the horses are sound and okay to do the cross county. After that, we walked the cross country course and half way round we spotted my idol, Oliver Townend, walking the course. Mum went up to him and asked if I could have my picture taken with him, and he said yes! I was over the moon.
He even held my coat for me!

A few months later, in October, I was going to a VIP day at Oliver’s yard with one of my best friends, Tegan. I am a member of his Fan Club and won a competition to go. It was a really early morning starting at 5am! During the journey, my mum said she wanted to ask Oliver a question. I thought nothing of it until Tegan started laughing and smirking! Try as I might, I couldn’t get her to reveal anything, apart from that I had to wait until my birthday in December to find out! Well, that felt like an eternity away!

When the 7th December finally came around I was woken by my brother telling me to stop being lazy as I had to go to school. What a great way to spend your birthday! At least I was able to go and see my horse when I got home for birthday kisses and cuddles.

I got out of bed and dragged myself downstairs. In my house we have a small rule for birthdays. You open cards before breakfast and presents after. I thought I’d opened all my cards, like I normally would have done and so we had a little chat and I was grumbling about school when mum announced it was time to open presents. Brilliant! A lot of my cards had cheques in so I knew I wouldn’t have many presents, which is pretty normal as I usually buy all the things
I need for my pony Ziggy when I have the money from the cheques.

THE BEST PRESENT EVER!

As I was getting ready to go and feed my horse Ziggy before going to school, mum told me she’d forgotten to give me a card. Great, get to open something else. When I saw the writing on the front of the envelope I was clueless as to who’d written it so I thought it was some kind of a joke being played on me by one of my brother’s friends! Nothing new there!

When I opened the envelope and saw the picture of Oliver and me at Blair I was VERY confused. When I opened the actual card I felt the smile spread across my face… Oliver had written me a birthday card!!! That was when I realised why Tegan was laughing back in October.

I took the card to school to show all my friends who wouldn’t have believed me otherwise! I thought that was the best day ever but this year, for my 16th birthday, I’m going to see Oliver Townend and Geoff Billington’s The Edge Of Glory tour with another friend, Alana. I think this birthday might just be even better!