Real Life Drama: Bolted with because I lied!

Angela was so blinded by her beach riding obsession that she was willing to lie to fulfil her dream... 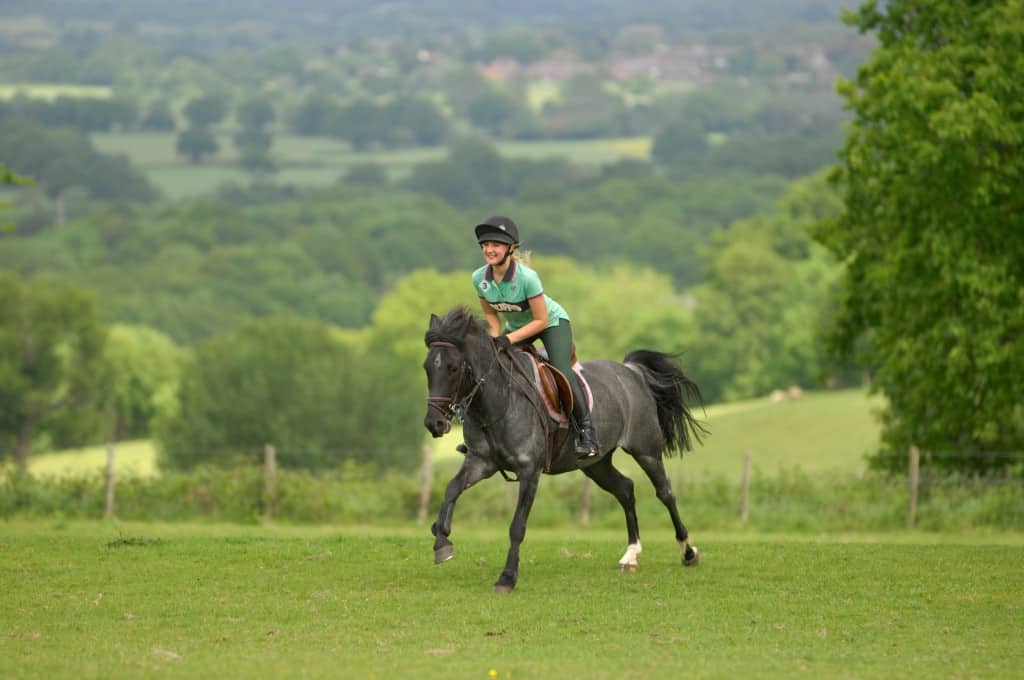 I didn’t start riding until I was 12, which is quite late I think. I always liked horses but the main reason I wanted to ride was because I’d seen some people riding horses on the beach and it looked totally amazing. I really envied them galloping across the sand and was desperate to do it, too. We didn’t live anywhere near the seaside but we often went on holidays to the south coast, and my parents had already said I could go on a beach ride once I’d learnt to ride properly.

So I started riding at my local riding school and I picked it up really quickly. It wasn’t long before I could canter around the arena, even cantering past the ride and doing another lap. Some of the riders in my lesson, who had been riding longer than me, struggled to get their pony to go past the ride!
One day I told my instructor that it was my dream to ride on the beach. She was really supportive and said that I could start going out on hacks to get used to riding out in the open. I was so excited that I booked to go out on a hack the very next week.

On the day of my first hack I was a bit nervous but really excited, too. When I got to the yard I found out that I was riding a pony I’d only ridden once before, but that wasn’t a problem because she was one of the really well behaved ones. The ride was absolutely awesome and I had the most amazing time but Zebedee, the pony I was riding, wasn’t very fast and didn’t keep up too well with the others when we cantered. When we got back to the yard I booked in for a hack the next week. Issy, the ride leader, asked if I should maybe have a lesson next week and another hack the week after. However I said that I wanted another hack because the week after I was going to Cornwall with my family and I was hoping to fulfill my dream of going on a beach ride. In my mind I was just a few weeks away from galloping along the sands!

So I was all booked in for another hack the following week and I had already decided I was going to ask for a better, faster pony.

Don’t run before you can walk!
When I got to the yard the next week I was surprised to see that I was down for Zebedee again. I checked all the lessons and worked out that Sass had only been ridden once that day and was available for the hack. When I asked Issy if I could swap ponies she looked a bit doubtful so I decided to tell a little white lie; I told her that I’d ridden and jumped Sass three or four times, which I hadn’t. That seemed to change her opinion and she said I could ride Sass. Excellent!

Out on the ride Sass was really forward-going but I didn’t really mind because I felt safe on her. We had a couple of trots and canters along the bridle paths and everything was okay but when we got to the cross country field I decided to go against the rules and canter up beside Issy on her horse Romeo. I’d seen pictures of people galloping across beaches and racing in open order so when we started cantering I pushed Sass up beside Romeo, never intending to overtake – Sass had different ideas though!

As soon as we were level with Romeo, Issy said, “Angela, what are you doing? Pull back and stay in file!” But Sass got the bit in her teeth and just bolted. Everything was a complete blur. My eyes were streaming, I couldn’t see where I was going and my legs went to jelly. I could hear Issy saying, “Pull hard on one rein!” But I couldn’t. I couldn’t do anything! Just when I was deciding whether it was best to try and stay on or to let myself fall off, Sass turned sharply to the left and I fell off. I wasn’t hurt but I just lay there until Issy came and found me.

Together we caught Sass and walked back to the stables. That was about a month ago and I haven’t been on a hack since, nor did I book up my beach ride in Cornwall! I am still having lessons though, and I will go hacking again – but only when I’m ready, and not on a pony that’s too sharp for me!