Aitch was a great competition all-rounder and the best pony Ella had ever had. But would his injury put him out of action for good? 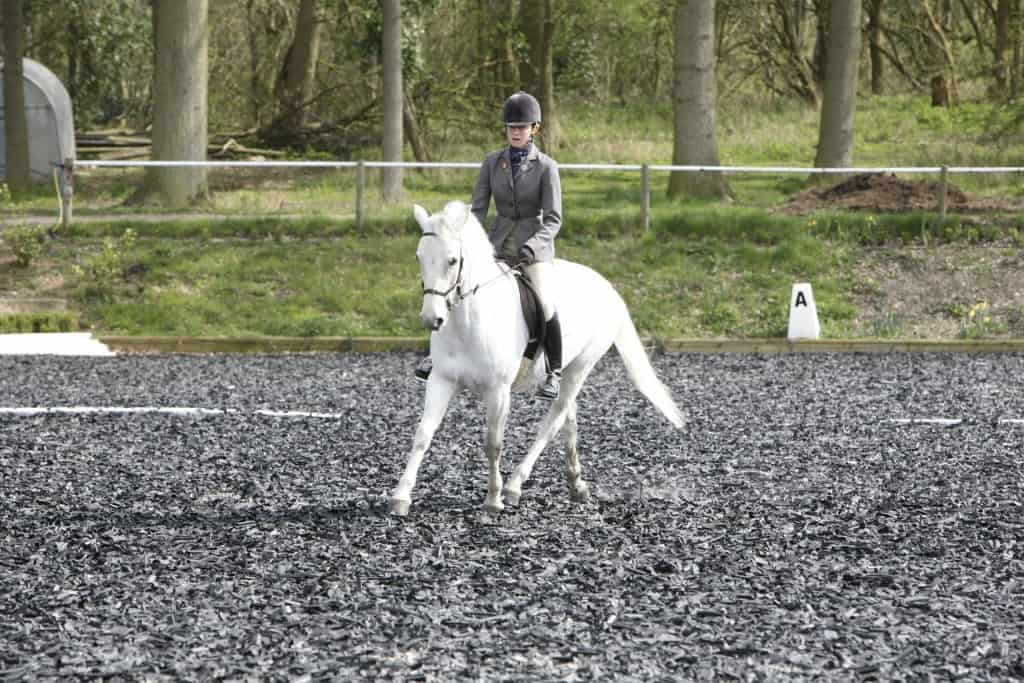 It was just my luck. Aitch and I had been doing really well in our dressage tests, and Mum and Dad had just bought me a smart, new dressage saddle.

It was half term last autumn and we’d had some great schooling sessions together, when I felt I’d turned a corner with Aitch. I’d had a really tricky dressage pony who scared the life out of me, so we sold him and bought Aitch instead. He was older, wiser and much more experienced.

I’d been out to a couple of competitions and had done well in them, so I was on cloud nine – and I’d rediscovered my old competitive spirit.

Aitch and I were planning to do a competition at the end of half-term week, so I decided to have a lesson with my instructor, Lynn, a few days earlier. However, when I went to collect Aitch from the field, I noticed he had a cut, right on the point of hock. And Lynn took one look at it and suggested I call the vet.

“It looks deep,” she said, “and might need stitches.” I started to panic. Stitches – what was all this going to mean? Anyway, my vet Sarah came out within the hour, but the verdict wasn’t good.

“It’s not a big wound,” she said, “but it is deep. It goes down to the subcutaneous bursa, a fluid-filled sac around the joint. We should get him to hospital, because we don’t know if the infection has gone deeper.”

Mum took Aitch in the trailer and my beloved boy was put on intravenous antibiotics. His leg was bandaged and I cried when I first saw it – it looked really serious.

“We’ve got to keep him in,” said one of the surgeons, “for at least five days of antibiotics – and just hope that the infection hasn’t got into the joint.” So if it had, what would it mean?

“We may have to operate on him. Once an infection gets into the joint, it can be pretty bad news – you might not be able to compete him again. But let’s look on the positive side until we know.”

I was devastated – Aitch was my pride and joy, everybody loved him. He was cheeky, cuddly, very talented and a real character. He was the best pony I’d ever owned. I couldn’t bear the thought of him being in pain or of anything happening to him…

The vets weren’t sure how Aitch had got his wound. Some thought it had been a wire cut, others thought it may have been a kick. But even though the area was slightly puffy, Aitch was never lame on it, which I hoped was a good sign. But it was no good clutching at straws – we couldn’t do anything but wait.

Aitch was in hospital for six days before I got the call from the hospital. “He’s responded well to the antibiotics and the wound looks really clean. You can come and take him home,” Nikki, one of the receptionists, told me.

I was overjoyed. But he was still not out of the woods, for no matter how carefully we dressed his leg, there was always the risk of infection getting into the wound.

During the first week back at home, we had to change Aitch’s dressing every day – layer upon layer of cotton wool and bandage, all crammed into what looked like a black, seamed stocking wth a zip – called a pressage! But the wound seemed to be taking ages to heal.

“Don’t worry,” said Sarah, “all of a sudden, it will start to close up and new skin will begin to form around it. The wound is in a high-mobility area, so you run the risk of it opening up again if you do too much too soon with him.” But I had no intention of rushing anything, as I didn’t want to risk losing the horse of my dreams.

It is now eight weeks since we discovered the cut and so far, so good. During that time, Aitch was on box rest but was allowed half-an-hour’s in-hand grazing a day. Then after about six weeks, I was allowed to turn him out in the field, complete with all his bandages – and he was a saint!

Then Sarah said we could take all the bandages off, and just cover the wound with a small dressing and some Tubigrip. It looks a bit like a stocking, but is often used as a support bandage for sprains and strains. And now the really good news is that I can ride Aitch at the weekend!

It would seem that Aitch has had a really lucky escape and the vets say he has made a good recovery.

They have been terrific and if it hadn’t been for my trainer telling me to call Sarah, I don’t know what would have happened – I may never have been able to ride or compete him again. We’ve been incredibly lucky… 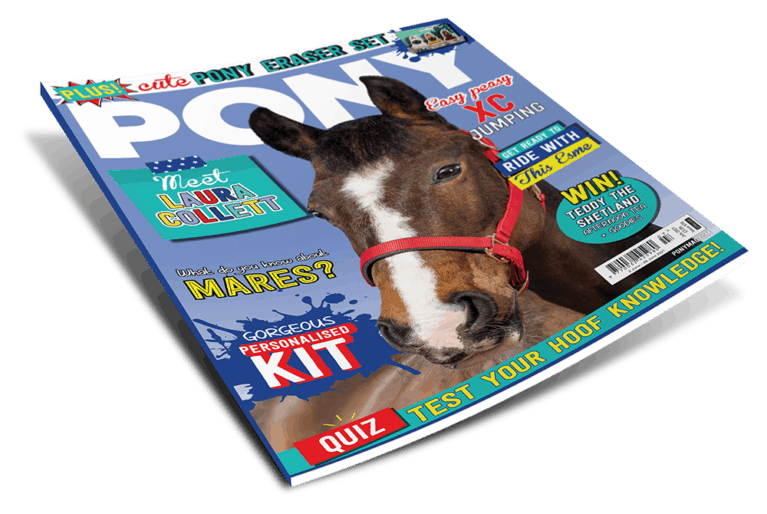