When Lisa started work at a new yard, she got more than she bargained for! 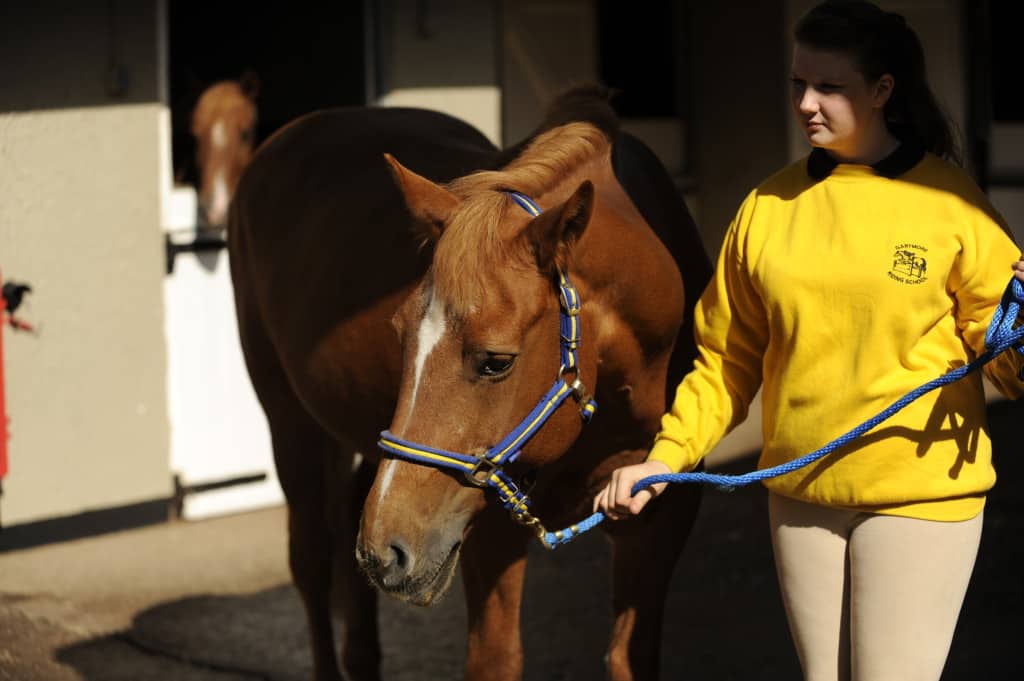 I always knew that I wanted to work with horses. I was predicted good GCSE grades but I wasn’t interested in going to college or uni. I applied for some working pupil jobs and in May last year I had a job all lined up for when I finished school.

Sadly, it didn’t turn out to be as good as I thought. I was mucking out around 20 stables a day, only getting one riding lesson a week (if I was lucky!) and receiving no training towards my BHS exams. I stuck it out as long as I could but the prospect of working there through the winter was too much to bear. I soon found a new, much better yard and started working there in late October. It was a really nice competition yard with lovely old, brick-built stable blocks and the best part about it was that I could take my horse, Billy, there with me!

From the moment I started I loved my new job. I had four riding lessons a week and got loads of training. My pony Billy even got mucked out and cared for along with the other horses on the yard. The only thing I had to do after working hours was ride and groom him. And this worked perfectly to start with as it meant I got to spend time with Billy after work hours. That is until the clocks went back at the end of October.

I didn’t mind doing Billy after work in the dark – we’ve got an indoor school to ride in and, of course, there are lights on the yard! The only problem was that the other three grooms’ horses were stabled on the front yard and my stable was on the back yard, so I was always on my own. I’m not usually a scaredy sort of person though, so it didn’t bother me at all for the first week but then I started hearing these weird noises.

To this day, I still swear that I wasn’t hearing things.
The first time I heard it, it was quite late – around 7.30 pm. I’d just ridden and was putting Billy’s rugs on when I heard this quiet, moaning sort of voice. It didn’t sound particularly scary, just like someone making a ghost
noise and I just assumed it was one of the other grooms, or a livery messing about with me.
“Ha, ha, very funny. I might be on my own round
here but I’m not scared – I quite like it actually!” I said.
I waited for an answer, or for a familiar voice to laugh, or a familiar face to walk round the corner, but nothing.
I shrugged it off and went back to Billy’s rugs when I heard it again. This time I was unnerved.
“Who is that?” I said. “Stop messing about.”
No answer again so I quickly hung Billy’s haynet and legged it into the house.
There wasn’t a soul to be seen as I dashed through the yard and when I fell through the front door, no-one sniggered or looked guilty. I really wanted to say something and ask whether it had been one of them trying to scare me, but all of a sudden I felt really silly. So I didn’t say a word.

LIVING WITH THE GHOST!

I heard the voice a few more times last winter and although I was really freaked out about it, I got kind of used to it. I told a couple of my non-horsey mates about it – who thought I’d gone completely mad – but I never mentioned anything to anyone at the yard. I hinted a few times to the owner but she looked at me with such a blank look that I know for sure that she knew nothing about a ghost!

With the winter on its way again, I’m kinda worried about hearing it again but at the same time, nothing ever actually happened and Billy never seems to have really been bothered by it. I’ve come to the conclusion that either it’s a friendly ghost or it’s in my head!