Real-Life Drama: My favorite pony was up for sale! 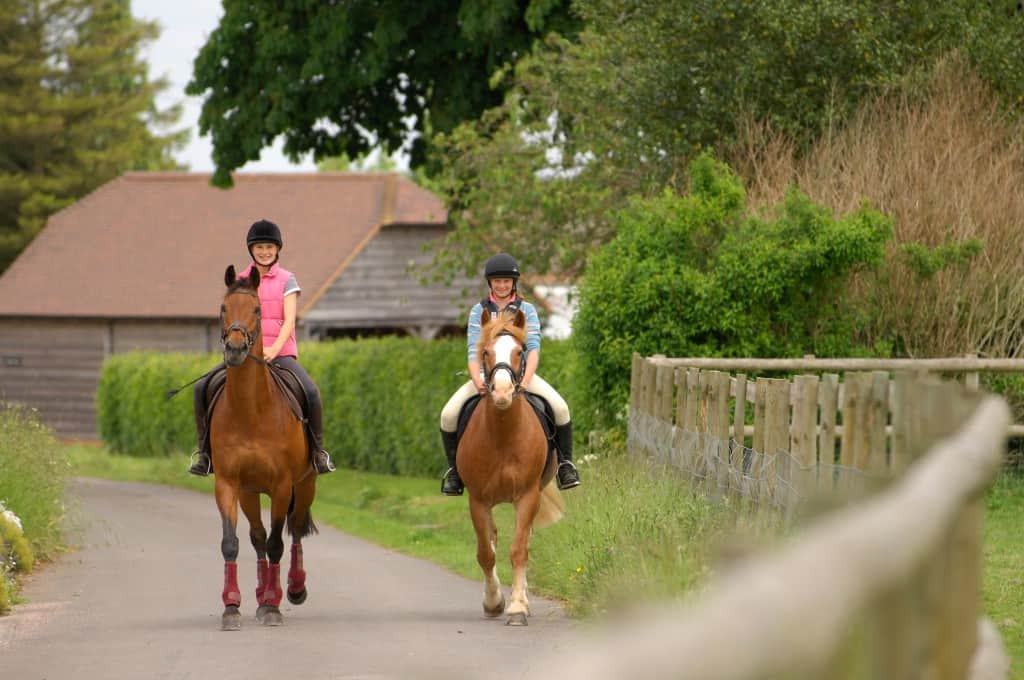 When I was first allowed to help at the riding school at weekends, I was ecstatic! I could spent all Saturday with my horsey friends and the ponies – especially my favourite pony, Hackett. Hackett is about 13.2hh, bay with a white blaze and white socks. He has loads of feather and a really long mane and tail. He’s gorgeous! I always loved riding Hackett on my lessons, and every Saturday I made sure I was the one who groomed him and tacked him up. I even led him on the beginner lessons.

The great thing about helping at the riding school was pretending that Hackett was mine. It was easy, seeing as I made sure I did everything I could for him. Of course, I’d have loved to buy Hackett. My best friend Grace loved Smokey, an iron grey pony, and together we’d image how it would be if we owned both of them. I didn’t think I could ever be happier than when I was at the riding school, looking after Hackett.

Then, one Saturday, everything changed. Hackett wasn’t booked for any morning lessons. I still groomed him, but he spent the morning in his stable. He only did one lesson in the afternoon, and I wondered why. He usually did three lessons a day.

“It’s your lucky day, Hackett,” I whispered to him as I fed him apples. “You’ve got it easy today.” I mentioned it to the junior instructor, Julie. She gave me a funny look and murmured, Hummm, quietly to herself, but I didn’t think any more of it.

The next Saturday, it was the same. I rode Hackett on a hack, and was told to untack him afterwards. I asked Julie about it.

“Well, you see Lottie, Hackett’s not actually up to doing much school work any more. He’s over 20 now, and it’s time we found him another home where he won’t have to work so hard.”

How would I get over this?

I felt as though someone had punched me in the chest. I knew Hackett wasn’t a young pony, but he’s always seemed lively to me. It had never occurred to me that he might be getting older, or that he wouldn’t always be at the riding school. When I told Grace, I burst into tears.

“Oh no!” Grace cried, her eyes wide. “Whatever are you going to do?” I shook my head. I had no idea. Hackett was going to leave the riding school. I would never see him again when he went off to his new home with some lucky person. How would I ever get over losing him?

As three weeks passed, I sort of came to terms with Hackett leaving. I spent lots of time with him, and fed him tonnes of treats, and dreaded the Saturday I’d get to the yard and find an empty stable – or a new pony in Hackett’s place. But I was unprepared for what was to happen the next weekend.

Hackett’s stable was empty. I felt tears run down my cheeks as I realised he had gone. But then, one of the other girls told me my favourite pony was in stable 17. Rushing to the other yard, I saw a familiar face looking over the half-door, and I threw my arms around his neck. Was Hackett staying after all? But then the truth hit me. Stables one-to-14 were for the school ponies, 15-to-25 were for the liveries. Hackett was now a livery. He wasn’t going to a new home. Someone had bought him, and was going to keep him at the riding school!

I thought my heart would break. It was true that I would still be able to see Hackett, but I would never again be able to groom him, or ride him, or even spend time with him. Hackett belonged to someone else, and they would keep him at the riding school and be responsible for all those things I used to do.

I still go to the riding school. I have learned to love another pony, Bumble, who is sweet and lovely to ride. But every time I’m there I see Hackett being cared for and ridden by his new owner. And it breaks my heart.