Real-life Drama: I had a lesson with Oliver Townend!

Libby was so pleased with her new pony, but was booking a clinic with a top eventer just weeks later a bit too ambitious? 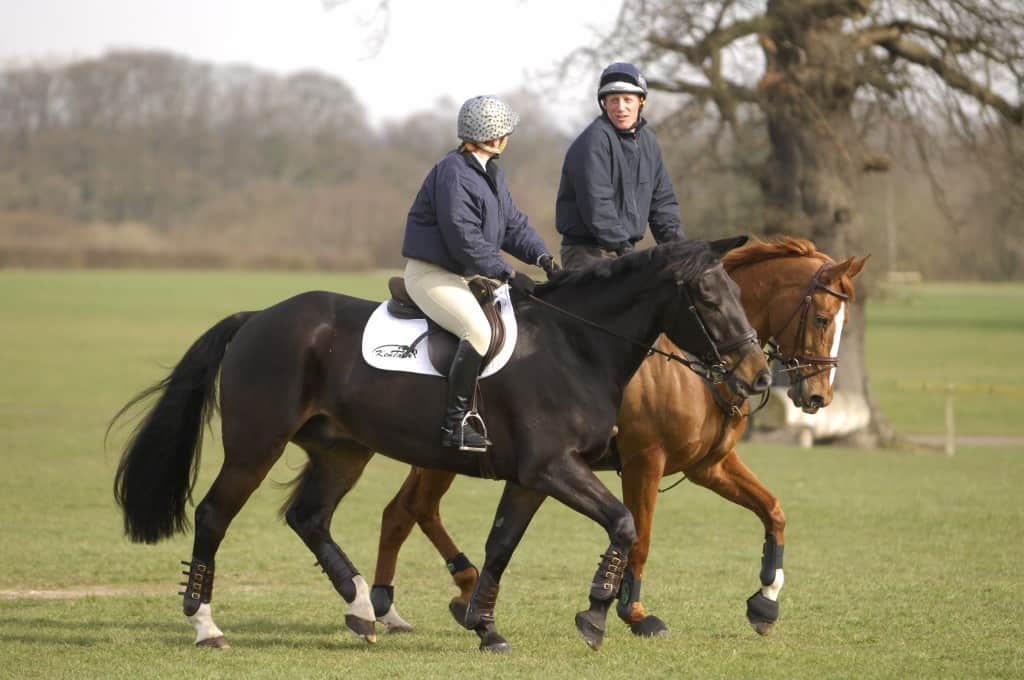 Last December, I got my first pony. Perry is six years old, 14.2hh and the most loving and funny pony ever!
My mom and I decided to take a trip to a show to get some new bits of tack for him. While at the show we watched a demonstration by Oliver Townend and Geoff Billington. They were amazing and so funny! I really liked Oliver and when we got home I read all about him and even joined his club.

Just before Christmas, while we were picking up some bedding from the country store, my dad spotted an advert for a show jumping clinic with Oliver at Hartpury College. I soooo wanted to do it, but there were a few problems: To start with the clinic was 2’6”, which was higher than I had jumped before. Secondly, I had a new pony that I was just starting to get to know. Thirdly, the clinic was only a few weeks away. And finally, there were just five places available.

I begged my mom and dad to try and get me a place, I would probably never have a better chance to meet and have a lesson with Oliver, but they told me not to get my hopes up as there would be hundreds of people trying to get the five places. The day of the tickets going on sale arrived and amazingly, Perry and I got a place! I was so happy but really nervous, too, knowing how much work I would have to do with Perry to get up to the height. I knew he could do it, but could I?

For the whole of January we worked and worked. I had extra lessons and everyone really encouraged me. It was hard and sometimes I thought we would never do it. I had a few falls and with just over a week to go,
we had still only jumped two feet.

One evening, I was practising with Dad when he said, “Let’s just try 2’6” once before we go home.” It was now or never. Perry jumped the fence but knocked the pole down. Dad quickly put it back up and before I had time to think about it he told me to go again. This time Perry was perfect and easily cleared the jump. Yes – I could do it! Then Dad told me the jump was actually 2’9” not 2’6″! I was so happy and rushed home to tell Mom.

The day of the clinic soon came around. We bathed Perry the night before as we had an early start to get to Hartpury. I was worried how Perry would be in a strange, huge arena after a long trip in the horse box, let alone that I had major butterflies going on! I so wanted to do it and impress Oliver but in the back of my mind was the worry of falling off in front of everyone and how embarrassing that would be.

I need not have worried about Perry, he was super chilled out. He simply got off the lorry, had a quick look around and got on with the important business of munching through his haynet! I, on the other hand, felt sick with nerves, but once we entered the arena Oliver was just amazing. He was really funny and encouraging, and when Perry got a bit excited, he took the time to talk to me and tell me what I should do. I was by far the youngest rider in my group and when I cleared the first jump all the audience clapped – it was a great feeling.
We went on to tackle lots more jumps and I was so proud of Perry and how he looked after me. Oliver kept saying, “Make it happen, Libby,” when we tried each jump. Now every time I do anything I am unsure about, I will imagine Oliver saying that to me and I’m sure it will give me the confidence to do it.
Oliver was great afterwards and signed some photos for me and wished me luck. It was just about the best day ever.