Real-life Drama: I compete in an ancient horse sport!

Bradley and his horse China have found their perfect sport! 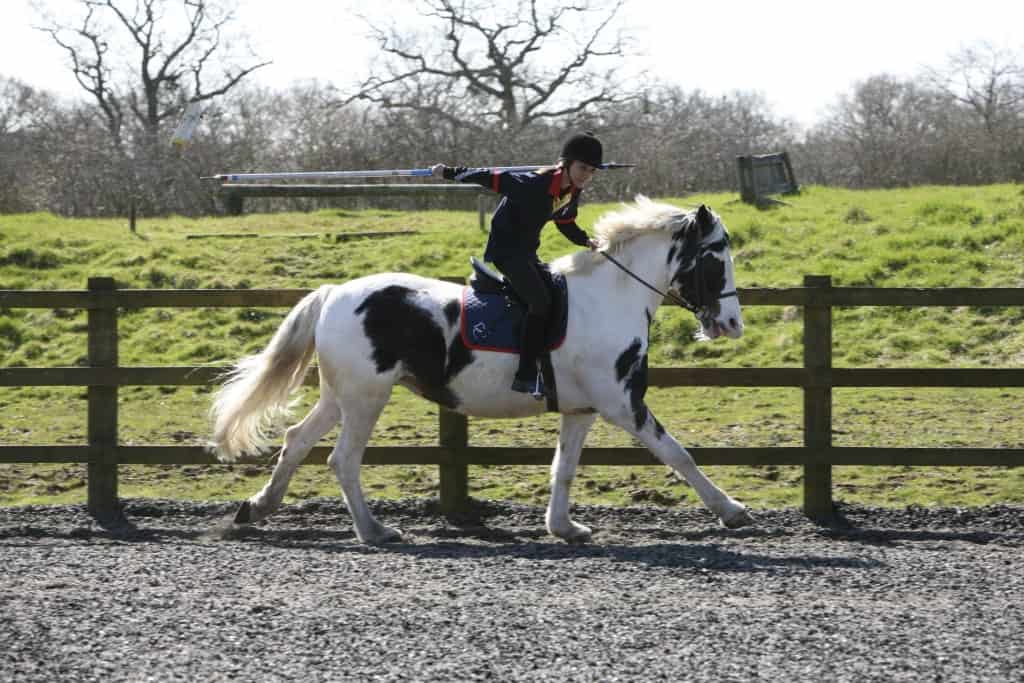 Hi, my name is Bradley Clifford-Fransman and I am 15 – and have ridden ponies since I was three years old. Over the years I have been quite successful at gymkhana games and I also competed at showjumping.         My best result was coming seventh in the National finals of the Oliver Townend Eventer Challenge Championships in 2010 on my wonderful pony Vinura Benjamin, a 14.2hh Connemara.

Turns out, I’m ace at Tentpegging!

As I got older I found that it started to hurt more when I fell off and I considered giving up riding. But then, in 2011, I heard that junior riders previously successful in gymkhana, polo or polocross were wanted to train and make a team to travel to South Africa and take part in a tentpegging competition. I had never heard of tentpegging but I Googled it – and it looked like fun! I applied for training and it seemed I had quite an eye for tentpegging as I was selected to be the reserve for the team!
On returning to the UK the other junior riders in the team decided to go back to their alternative sports but I carried on with the tentpegging, and slowly dropped all my other equestrian events.

Tentpegging is the art of a mounted horseman riding at a gallop and using a sword or a lance to pierce, pick up, and carry away a small ground target, a symbolic tent peg no bigger than 7.5 cm. The sport is thought to be at least 2,500 years old, and harks back to the days when Asian armies relied on their skill with the lance.
The broader class of tentpegging games also includes collecting rings with a lance and a sword (a galloping rider aims to pass the point of his weapon through a suspended ring) and lemon slicing (where the rider tries to cut a lemon suspended from a cord). SLR (sword, lance, revolver) is a multi-skilled class where the rider aims at dummies and pops balloons with a blank revolver. Juniors and novices can also take part in this class using a pricker to pop the balloons.

To compete in tentpegging you need a secure, independent riding seat, to be able to ride one-handed, be willing to train hard and have dedicated parents! You also need a horse or pony that can gallop. My current horse is a brilliant Appaloosa called China. Competitions take place from April until October, and there are even classes at the Royal Windsor Horse Show!

As I am the only junior at the moment competing actively at tentpegging with the British Tentpegging Association in the UK, I compete against the seniors. During 2012, which was my first full year competing, I came sixth in the BTA Tentpegging League for overall points during that year.
2013 was a very successful year for me. I was fourth overall in the League and I achieved several firsts. It was the first time I was able to compete in the military events (previously I was too young to compete on an army base), and I have started gun training to be able to compete in SLR next season – an exciting opportunity. China has been fantastic during gun training – I am really proud of him for taking it all in his stride. I love my horse so much!