Jade could never have imagined how her riding lessons would change her and her mum’s lives! 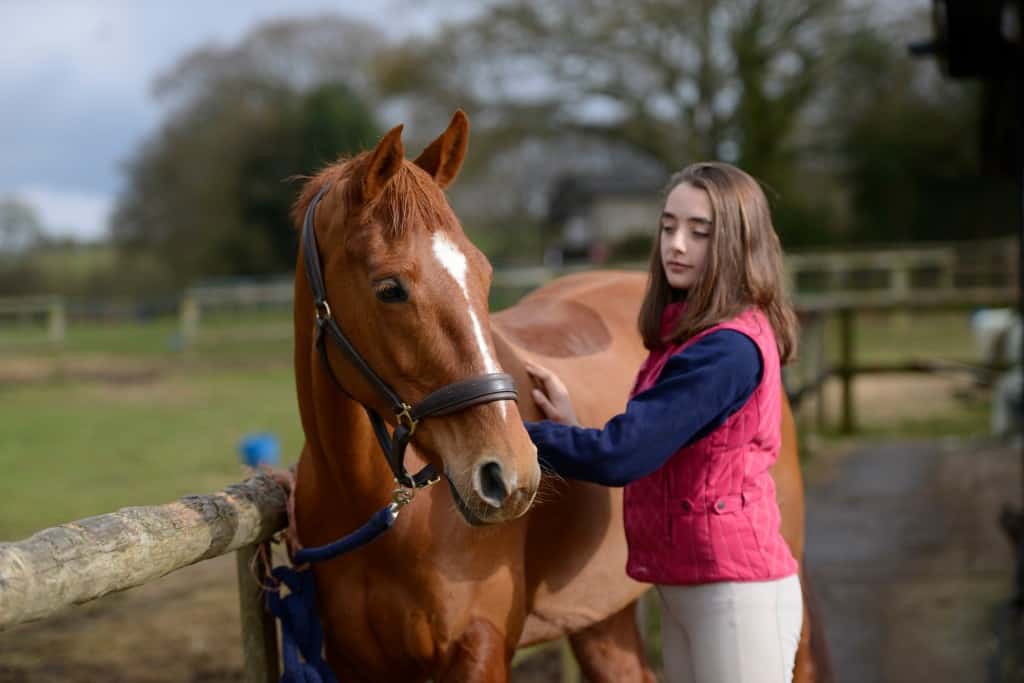 After my mum and dad’s divorce, me and my mum lived by ourselves in a flat. Even though we hadn’t got a lot of money, my mum made sure I still went riding every week. Because my mum used to ride when she was young, she knew how much riding meant to me, and she always came along to watch my lesson and give me lots of support. It’s something we did together, and we were always dreaming about the day we could afford a pony – even though we knew it was unlikely to ever come true.

Of course, other mums and dads also watched from the school’s gallery, and they often chatted together, which was nice for my mum, too, as she didn’t have many friends since she and Dad split up.

One day, a girl called Simone joined our lesson. She was younger than me but we got chatting as we adjusted our stirrups, waiting for the lesson to begin. Simone was riding Dice, who was one of my favourite ponies, so I told her how lovely he was, and how she was going to enjoy her ride. Sure enough, Simone fell in love with Dice as much as I did, and as the weeks went by we became friends, swapping notes about the ponies and planning to help at the riding school in the school holidays.

Simone’s dad Dave got chatting to my mum, too. He always brought his dog along – and Mum has always loved dogs, so it was inevitable that they would get talking. On the way home from my lessons my mum would tell me about how Dave had made her laugh, and how he hoped he could buy Simone a pony one day – just like she wanted to for me.

“But I think money is a bit tight,” Mum said, thoughtfully. “Dave doesn’t say as much, but it isn’t really the sort of thing you discuss, is it?”
“You haven’t forgotten that I’m helping at the stables in the holidays, have you Mum?” I said, terribly excited at the prospect.
Mum laughed. “As if I could!” she said. “It’s all you talk about!”
I had the best time at half-term, and Simone and I got on really well. We were becoming firm friends.

We weren’t the only ones.
“Er, Jade,” said my mum, nervously, as she drove to the stables for my lesson one evening. “How would you feel about me going out with Simone’s father, Dave?”
I didn’t understand. What on earth was Mum talking about?
“I mean on a date,” Mum continued, her face turning red.
“But what about Simone’s mum?” I asked. I couldn’t believe what my mum was saying. Surely she wouldn’t go on a date with a married man?
“Dave’s divorced,” explained Mum, “just like me.”
“Oh!” I sat in the car and thought. Simone hadn’t really talked about her mum – she had never turned up to watch her ride. She’d never said her parents were divorced – but then again, I probably hadn’t, either. We were always too busy talking about ponies!

“That’s a fantastic idea!” I told Mum. I meant it, too. It would be weird, but I had no objections. I wanted Mum to be happy, and Dave was really nice.
“If you hit it off,” I said, my imagination running away with me, “Simone and I will be sisters!”
“Don’t get carried away!” scolded Mum, blushing again. “We’ll probably hate each other before the dessert course is served!”
But they didn’t. And they did more than hit it off. My mum and Dave were engaged within six months and married within a year. Simone and I really are sisters!

But I haven’t told you the best bit. Simone and I have a pony! Chocolate is the most beautiful pony in the world, with the nicest temperament you could wish for. Mum says she wishes we’d called her something else – she always feels hungry whenever we talk about her! Mum and Dave are saving for a trailer, too, so we can take Chocolate to shows, and Simone and I are having just the best time – just like Mum and Dave – I mean my new dad!

I don’t know what the chances were of my mum and Dave finding each other through their daughters’ love of riding, but it’s almost like a fairy tale come true. Their friends think it’s amazing and can’t believe it!

I can hardly believe it, either. Horse riding got me a new dad, a new sister and a pony – a whole new life! How often does that happen?