Lights, camera, action! When Catie Stone sat down in class one morning, she had no idea she’d soon be on TV – and meeting one of her idols! 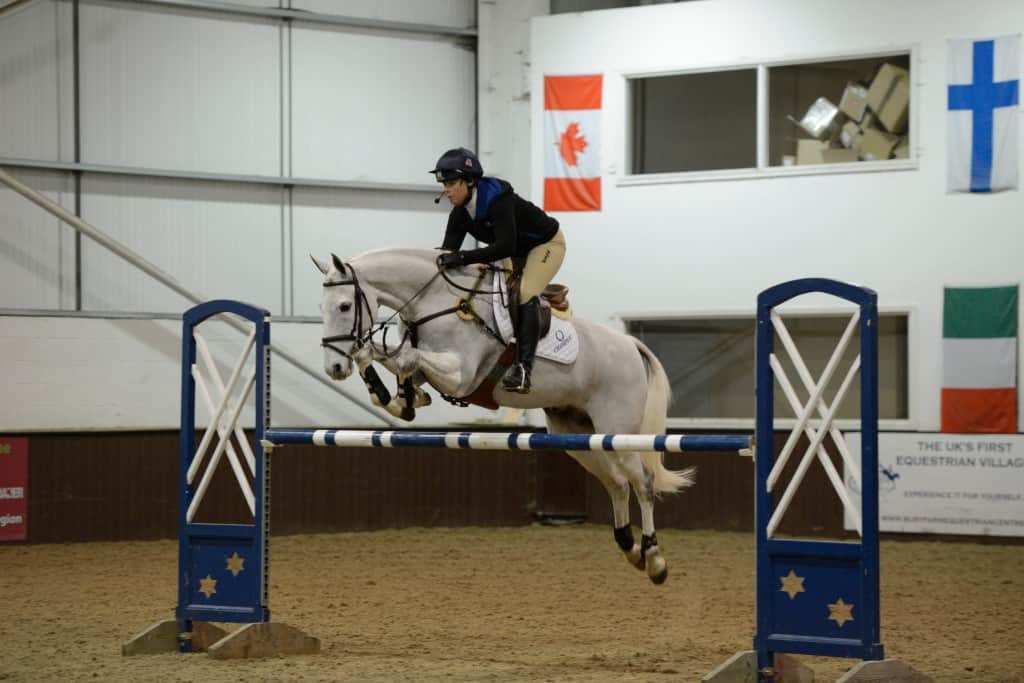 One cold, wet, rainy Thursday morning in the middle of London, I walked into my classroom and sat down ready for the first lesson, English. Then suddenly, from nowhere, my class teacher produced a general knowledge quiz sent to the school from the BBC.

It was the first step in finding the 20 contestants for the new series of ‘Junior Mastermind’.

A week later, the top seven scores in our year were given a set of forms, which offered us the chance of an audition. I sent mine in just to see what would happen and was very surprised when they offered me an audition! By this time, we had already chosen our specialist subjects – I had chosen Pippa Funnell.

Then, a week later, the day I got back home from my riding holiday, I heard the exciting and slightly nerve-wracking news that the BBC wanted me to be a contestant on ‘Junior Mastermind’. I was thrilled, but terrified. I spent the rest of my summer holiday reading and re-reading Pippa’s autobiography and watching as many of her DVDs as possible. Finally, I was ready!

My family and I travelled up to the Granada Studios in Manchester for the filming of the series. We had to prepare our own clothes, which were checked to make sure they would show up on the camera. Then it was in to the make-up department for some lip-gloss and hairdressing – even the boys had to go!

I was very nervous sitting in the Green Room waiting for the filming to begin, and one of the things that I vividly remember was waiting with the other contestants, Barney, Daniel and Emiliano. “No offence,” said Barney, “but Pippa Funnell doesn’t sound very interesting!” I had to stop myself from saying, “Well, the American Civil War,” which was his topic, “is hardly the most gripping subject I’ve ever heard of!”

The other boys had more ‘normal’ subjects – Daniel’s was volcanoes and Emiliano’s was ‘Lord of the Rings’.

Soon we were wired up with microphones and ready to go. The easier questions I was asked were along the lines of, “Who did Pippa ride at Badminton in 2005?” And “At the Sydney Olympics, Pippa won which medal in the team competition?”

One of the more difficult questions was, “Which horse did Pippa ride to victory at Blenheim in 1995?” But I accidentally got muddled on my years and said Cartoon, when it was supposed to be Bits And Pieces.

At the end of my specialist round, I was in third place and at the end, I was joint-third with Emiliano. However, ‘Mastermind’ wrote and told us afterwards that our round had been the highest scoring in the history of the show, so if I’d been in another round, I may have won!

The filming was really simple and very exciting, but was over within two hours – and if anyone is wondering, the black chair was really comfortable!

I wrote to Pippa Funnell to tell her about the series and my heat was shown in February. Then a couple of weeks later, I had a very special phone call – it was Becky Coffey, Pippa’s friend who does all her admin work for her. I was gob-smacked, especially when she said that Pippa – who had been skiing when the heat was shown – had taped and watched the programme when she had got back, and had asked to meet me! So we arranged to meet at Tweseldown horse trials, near Aldershot.

At last, the big day arrived! I had been going on and on about it at school for weeks. Becky had kept in touch and told us that Pippa would be riding six horses. We met up with Becky and were introduced to Pippa’s mum and most of the horses’ owners, then we settled down to watch Pippa ride.

Then, just after Pippa rode through the finish line, Becky hurried me away to meet Pippa. It was amazing – after saying hello, we all walked back to Pippa’s enormous lorry for some drinks. Then after lunch, Pippa’s showjumping husband, William, came along to see us, and I also got the chance to meet Lucinda Green, whose lorry was parked next door to Pippa’s.

It was an amazing day and one that I won’t forget in a hurry. For other horse-mad children living in London, I hope that this proves that despite the fact that we live in the city, our dreams can still come true.