Real-life Drama: From riding school pony to my pony!

When a young rider's riding school tragically closed down, a twist of fate reunited her with her favourite pony... 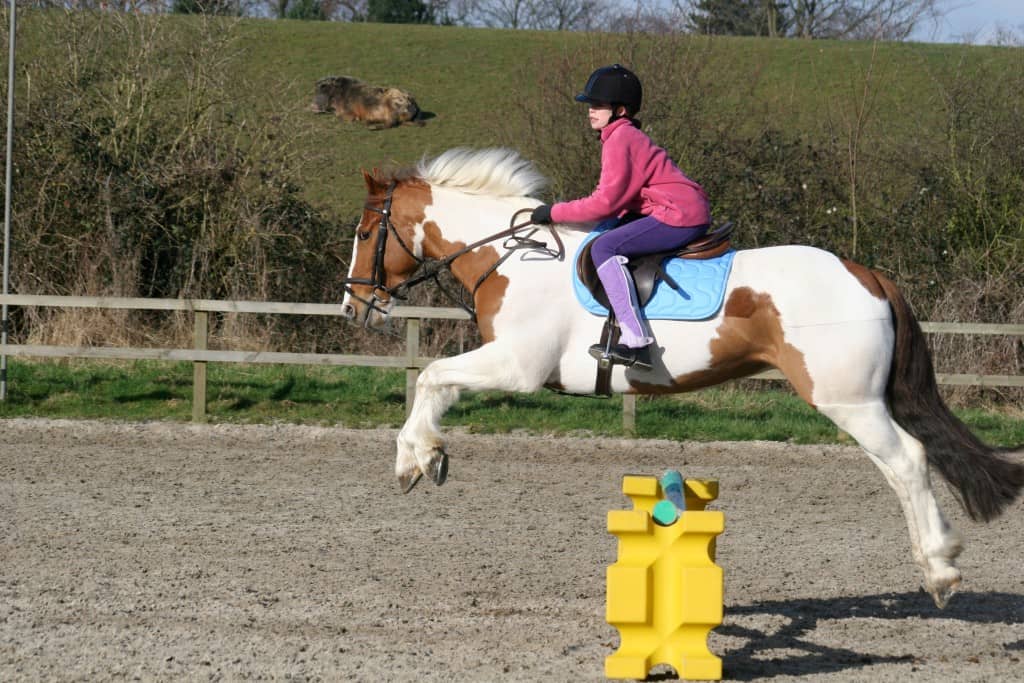 When I started having riding lessons, the horse I first started on was called Jack. Jack was a black/brown Welsh Section C and a lovely looking pony. I fell in love with him straight away.
The riding school was only quite small and Katy, who worked there, had only broken Jack in a few months earlier. Katy and I were they only people to ride Jack, and she was teaching me to teach him how to jump, do extended trot and all sorts of things. We were learning how to ride together.

I was so happy and everything was going so well until one day when the owner of the riding school’s husband sadly became ill. The owner had no choice but to close the riding school section of the yard and just keep it open as a livery yard. All the riding school ponies were put up for sale immediately, including my beloved Jack. When I heard the news I was devastated. Not only was I going to lose Jack but I had to find a new riding school, too.

We found another riding school for me to have lessons at, but I desperately missed my little Jack. There was nothing that we could do though and just when I was trying to get over it and move on, the owner of my old yard rang my mum out of the blue. It turned out that they hadn’t been able to sell Jack immediately like all the other ponies because of his lack of experience. So she asked Mum if we would like to loan him. When Mum told me I couldn’t believe it and cried with happiness! We said yes and took Jack on straight away. Not only was I getting Jack back but I could also go back to my old yard as a livery!

I started spending as much time as possible with Jack, and started having my weekly lesson on him again. Life couldn’t have been better, I even got to take Jack out to shows and cross country events. Jack and I became a team and were completely inseparable. But just when things seemed perfect, another bombshell dropped.

The owner’s husband wasn’t getting any better at all and they had to put the yard up for sale! Everyone was upset but it had to happen so people started looking around for new yards. We thought we’d have plenty of time to find somewhere, but then someone made an offer that the owners couldn’t refuse. They accepted the offer, but the condition was that all the liveries had to be out by the end of the month!

I was so upset about having to leave the yard – again – but most of all I had no idea what would happen to Jack now. Mum agreed that we couldn’t let him go again and that we had to act fast so she offered to buy Jack. I was so grateful to Mum. She had done so much for me already. Of course, I was over the moon that Jack was finally going to be my very own pony!