Real Life Drama: Could I ever love another pony?

Becky and Simba had been through so much together – would she ever be able to love another pony? 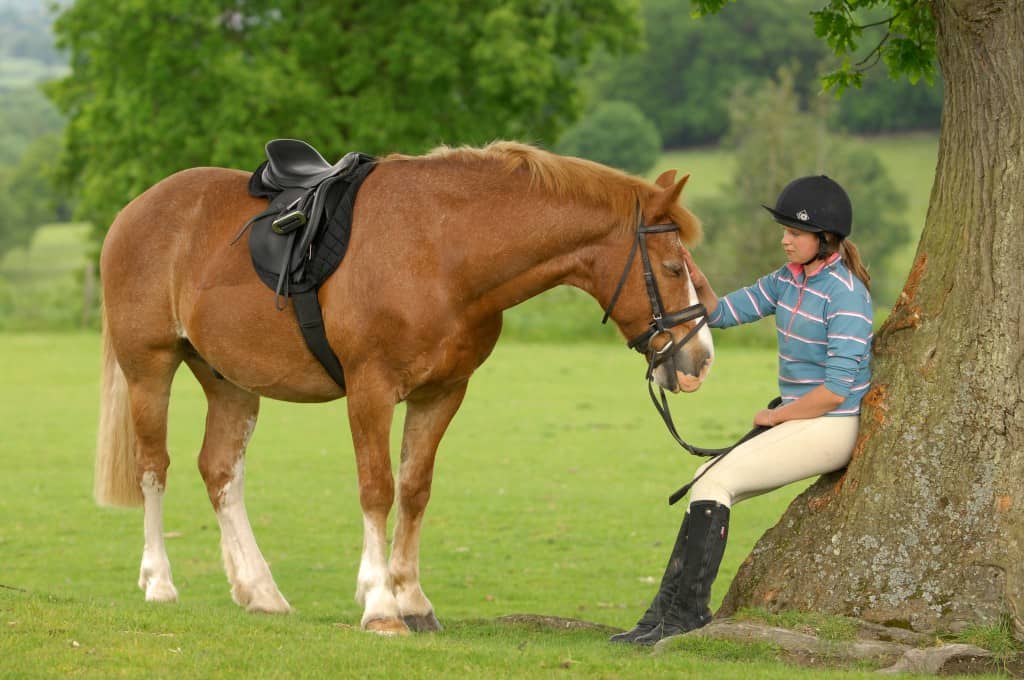 I had owned my pony Simba for four years and in that time I had turned him from a stroppy and aggressive pony into a real charmer. I thought we’d be together forever but I knew deep down that I was getting too big for him. I didn’t want to say anything to my mum or dad because they thought I was happy just hacking out, but eventually they started to notice how big I looked on Simba and suggested we loaned him out.
We put him on the Pony Club website and had lots of calls from all over the country, but I wanted him to stay close to us. Eventually, a family from a local Pony Club came to try him. It was a disaster to start with and Craig (the little boy) struggled to make Simba do anything. But when they went out on a hack, he and Simba just seemed to click.

The day they came to take Simba away I cried my eyes out – it was like losing my right arm. Had I made the right decision? I wondered if I was being fair to Simba but he seemed to settle into his new home really quickly. They had a few other ponies as well as sheep and pigs, and Simba made friends with them all!

Eventually I decided it wouldn’t hurt to look for another pony – even though I was 100% sure no other would live up to Simba. I had my mind set on my new pony being a gelding – like Simba – about 14hh and chestnut coloured. We found some but whenever we called they were already sold. We went to see a palomino that Mum thought sounded nice but as I rode around the arena Mum shouted “Are you okay or are you trying to stop?” as I galloped past! I realised that pony wasn’t for me when the owners had to stand in front of it and wave their arms to get it to stop!

Mum then saw an advert for a 14.2hh, black mare and showed it to me. I said no because I wanted a gelding – I felt I knew geldings and didn’t have a clue about mares. That weekend we were supposed to see some other ponies but the owners let us down, so Mum suggested we go and see the mare. I wasn’t convinced but we went anyway.

The moment I saw Madsey I fell in love. She was the most beautiful pony I’d ever seen and when I rode her it just felt right. We went out to the cross country field and jumped everything.

I loved her and Mum could see I couldn’t stop smiling. However, since we’d arranged to see another pony the next day Mum said we’d let them know. I couldn’t stop thinking about Madsey, though, so a few days later we went back to see her, only this time my dad came along, too. Madsey was just as fantastic and I couldn’t believe how amazing she was to ride. We had her vetted later that week and then she was mine.

A year on and I still miss Simba but I know he is happy and well, and enjoying life with his new owner, Craig. We’ve been to visit him and I thought he’d miss me as much as I’d missed him but although he seemed quite pleased to be stroked and hugged, it was obvious that he’d moved on, too. Craig showed me a picture of him and Simba winning a fancy dress competition with Simba dressed as a fire engine! Craig was so proud of him and it almost made me cry to see how much he loved him. I went to watch Craig and Simba at a local show recently and they came first in the fancy dress as The Three Little Pigs, and he won the 1’3″ jumping class!

I have done so much with Madsey this year- hunter trials, shows, Pony Club rallies and BSJA classes. She behaves so well and we always come home with lots of rosettes – we’ve even won some prize money! Our best win was the Badgworth Indoor Championship, and I am so proud of her. We went to Pony Club camp and although it seemed a bit weird being there without Simba, I loved spending so much time with Madsey.

I didn’t think I could ever love another pony but I’ve realised that love expands and you can love a new pony without losing the love for your old pony. Madsey and I are becoming a fantastic team and people keep asking where I got her from because she is so amazing – I can’t believe how lucky I am. I keep saying to Mum, “Imagine if we hadn’t gone to see her.”  It must have been fate! 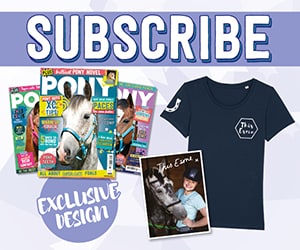