We list the five ickiest things about caring for a pony – and yes, a lot of it involves poo!

Ponies can be super-magical and fun in our heads but, in reality, there’s definitely a side to them that isn’t for the faint-hearted! If you don’t like bad smells, mud, dirt and, of course, poo, then perhaps ponies aren’t the perfect pet for you! Any hardened pony fanatic will know exactly what we mean.

Have you ever seen a pony wee? They do it for aaages and there’s so much of it ­– you may have to stop and check your watch a few times while you wait for them to stop! (Ponies drink 25-55L per day and it’s got to go somewhere, right?) But, has your pony ever shuffled to wee while tied up on a pristine concrete floor when you’re all the way on the other side of the barn? You might think about grabbing a bucket and running to catch it, but it’s too late – your pony’s already flooding the place. Whoops… you’ll have to wash or sweep it down the drain later – your fave job!

You’re sure to love it when your pony’s groomed to perfection and looking his best. But you may not notice how much of the muck and mud has ended up pasted all over you instead! You’ll likely be able to feel grains of dirt all over your face and moulting hair on your clothes – not to mention all the dust up your nose and grime under your fingernails. Oh well, your pony’s gleaming – that’s the main thing!

Has your pony ever dropped a stinker right as you pass the judge? Maybe one’s even landed on top of your head while you’re picking his feet out! Well, as a horse person, you’ll be no stranger to poo (ponies can do up to 14 a day!). Some may smell more than others but, in the end, you’re so used to dealing with pony poop that you’re likely immune to the stench by now! It’s just your non-horsey friends and family who complain you reek when you come home from the yard.

Ponies love a good snort to clear their nostrils of sticky snot and pony bogies, and they know how to pick their moments, too! Most of the time, they wait until you’re giving them a kiss on the nose or having a serious convo with another livery. Then, they’ll sneeze a healthy amount of goo all over your face! Even though your face is covered in icky snot, you can’t help but laugh at their hilarious sense of humour.

Ponies have a special talent for producing the smelliest of farts! They always seem to do it when you’re brushing their tail or a hind leg to make sure you get a full wiff, too. The most embarrassing thing is when they do it in front of other people, like a prestigious instructor or your non-horsey friend who prefers perfume to puissance. Nevertheless, if someone’s able to stomach when your pony lets one rip, you know they’re the kind of person who’ll be a great mate for the long haul.

Did we miss anything? We’d love to know what you think the grossest thing about ponies is! 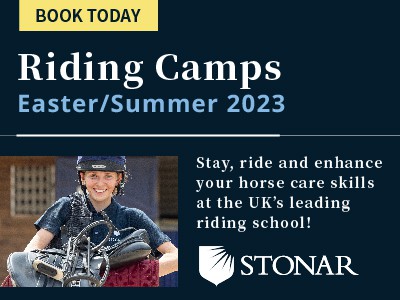