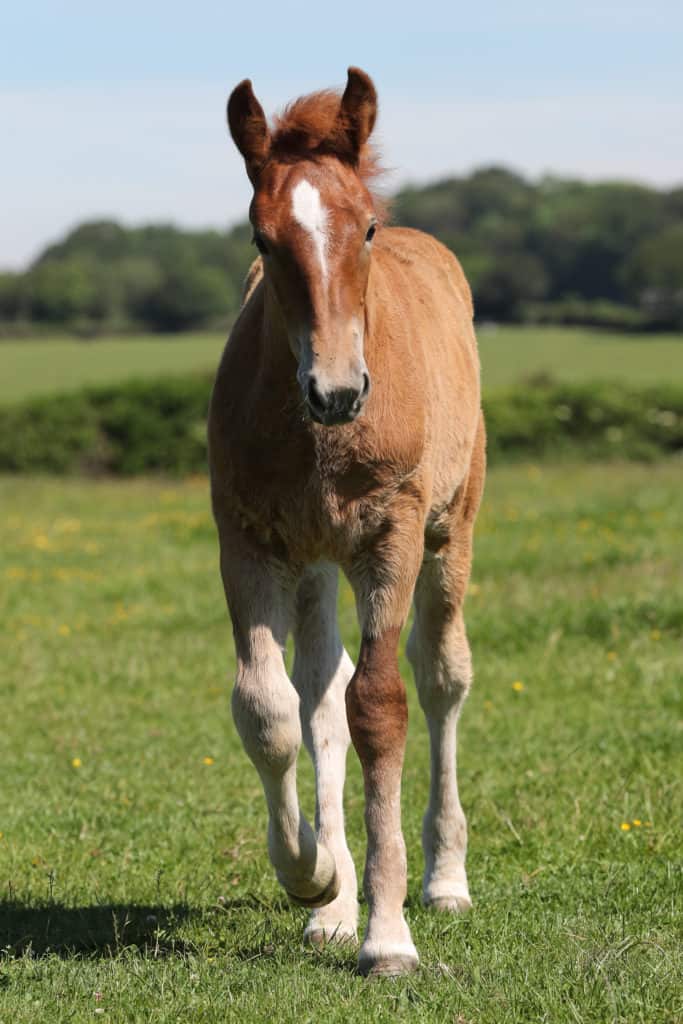 Two-week-old Rancher, a rare Suffolk Punch foal, fractured the cannon bone in his left foreleg while having fun in the field with his mum, Montana. These kinds of breaks can be fatal, but his visit to Liphook Equine Hospital proved a success when surgeons were able to repair his leg. Rancher’s now enjoying frolicking in the field on a leg that contains two metal plates and 20 screws!

His owners Eugenie and Randy Hiscock travelled him 80 miles from their home in Dorset to Liphook Vets in Hampshire, knowing that surgery was Rancher’s only chance of survival.

Russell Parker, the vet who operated on Rancher, said: “Rancher’s fracture wasn’t straightforward because the leg was broken in more than two places, and the bones were displaced, but foals are relatively light and their bones heal more quickly than adult horses, making fracture repair an option. It also helped that there was no wound associated with the injury.

“The operation took 2.5 hours and involved using metal plates and screws to realign and fix the broken bones. The modern implants we use today help us create a more stable repair because the screws lock into the plates as well as the bone.”

He spent three weeks at Liphook before being able to go home. While Rancher’s getting better every day, his owners will monitor him carefully to make sure he continues to show signs of improvement.

Eugenie Hiscock said: “We can’t thank Russell and the team at Liphook enough for saving Rancher and giving him the best care possible. As well as the Suffolk Punch being an extremely rare breed of horse that needs its numbers boosting, Rancher was the first foal we had bred in four years, so he’s very special to us. He’s such a lovely foal and it would have been devastating to lose him.”