Home News Showjumping success on the cards for Eve McCoy

Showjumping success on the cards for Eve McCoy 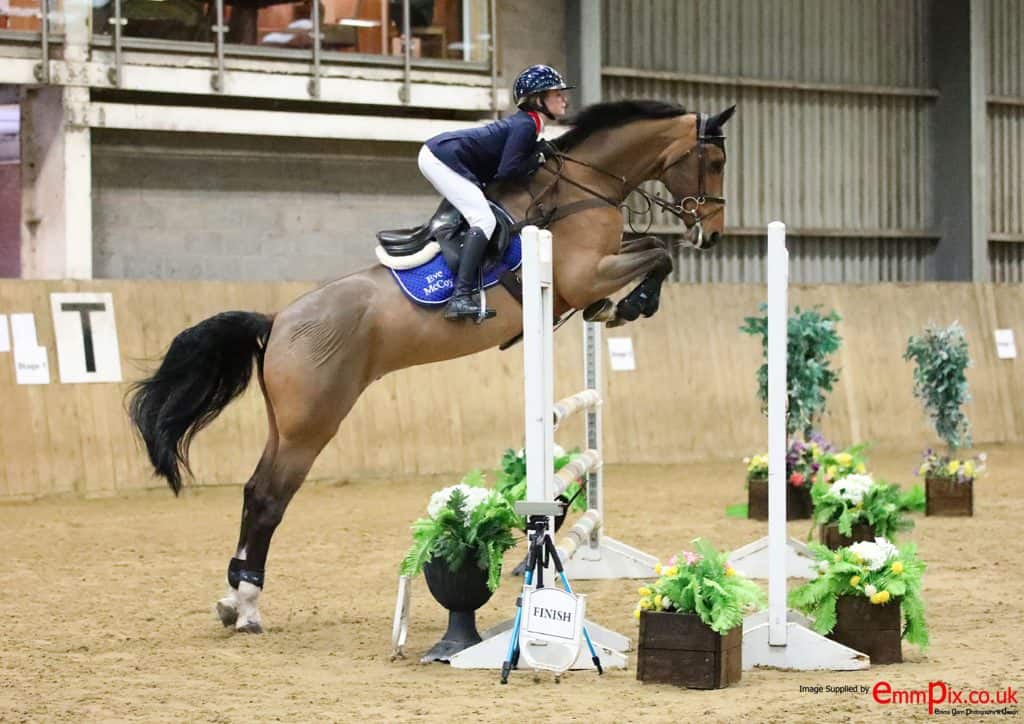 The 14-year-old daughter of champion jockey AP McCoy, Eve, is set for showjumping success and is quickly making a name for herself in the sport. Following on from her awesome achievements last year when she was part of the British Children on Horses team, she’s gained support from Equipe saddles.

Eve and Non Stop, known as Frankie at home, have had a fantastic season and were chosen to compete at the European Championships in Portugal where they finished in bronze position with Team GB. Their team success didn’t stop there, though. At the two Children on Horses Nations Cup competitions, Eve and Non Stop secured a gold in Holland and silver in France.

Away from horses, Eve has a busy schedule as she’s a full-time boarder at Cheltenham College. She said, “It really is a team effort with so much support from Mum and Dad, but also Eleni Murphy who is my trainer, and her son Robert who rides my horses in the week.” On Thursdays, Eve travels two hours to ride Frankie and her newest horse, Elia. Then on the weekends she’s out and about competing and training.

Elia’s competing at 1.50m and giving Eve plenty of hope about her future career in showjumping. Chanelle, Eve’s mum, added, “She’s very driven and passionate about the sport and is as determined as AP was when he was racing.”

With two talented horses, an expanding skill set and the drive to compete at top-level, Eve’s certainly climbing the ranks.