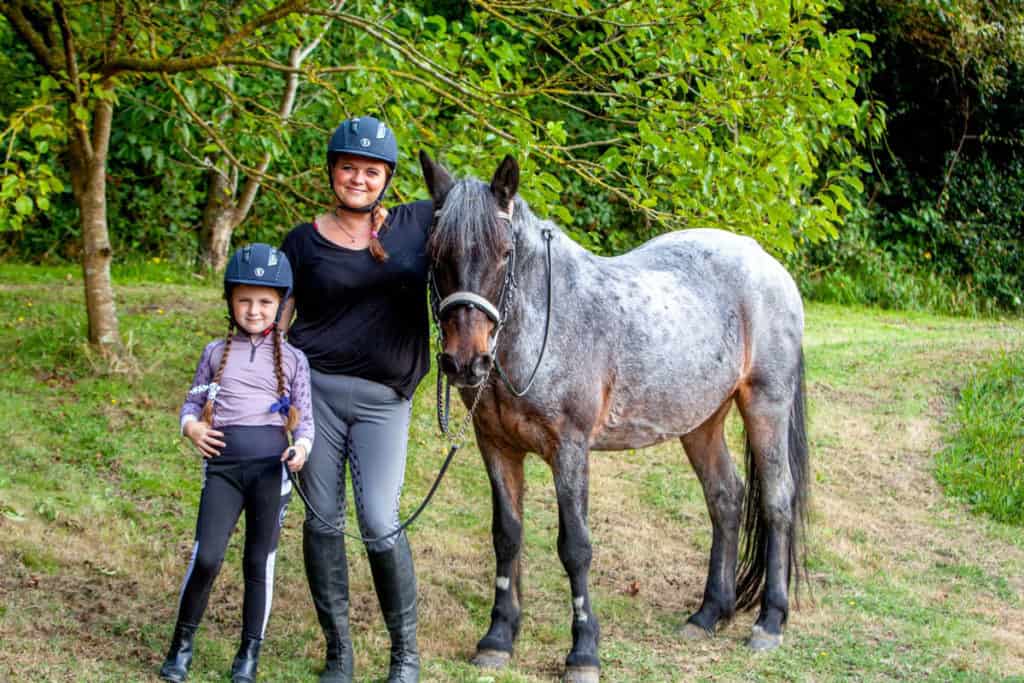 Rushed from the Isle of Wight to Liphook Equine Hospital when she started showing signs of colic, 20-year-old Lou Lou travelled for several hours – including a trip on the late-night ferry.

When she made it to Liphook, she was seen by the veterinary team and immediately taken to surgery, where she was operated on by David Lloyd – one of Liphook’s clinical directors and a European specialist in equine surgery.

David said: “Lou Lou’s colic signs were due to a strangulation of the small intestine by a benign fatty mass, called a lipoma. This had cut off the blood supply and caused part of the bowel to die. Without emergency surgery, she wouldn’t have survived.

“Lou Lou underwent a three-hour operation during which a 12-foot-long section of her small intestine had to be removed. She was in intensive care for a few days and remained at the hospital for two weeks, but fortunately she went on to make a full recovery. I’m delighted to hear Lou Lou is still in good health and having lots of fun with her owner.”

Laura said: “Lou Lou may be 30, but she’s so full of life and still ridden two or three times a week. We recently competed in a show, where she came first in the veteran class, and was then awarded reserve champion.

“She’s one in a million and I’m truly thankful for every day I have with her, but I know that without the operation she had at Liphook in 2011, she wouldn’t still be here. David and the team at the hospital were amazing. As well as successfully performing the surgery, they gave Lou Lou the best care possible during her recovery.

“She spent two weeks convalescing at Liphook and my mum, Nicky, and I visited every other day. We even travelled Mum’s horse, Rubin, to the veterinary hospital with Lou Lou, to help keep her calm.”

Taking good care of veterans is important, especially as we get into winter. Keeping a close eye on their teeth and looking out for signs of health conditions, such as arthritis, will help make sure yours stays healthy. Review his vaccinations, feed and management routines regularly, too.