Losing your pony while hacking

What do you do if you fell off and lost your pony out hacking? Here's the PONY guide... 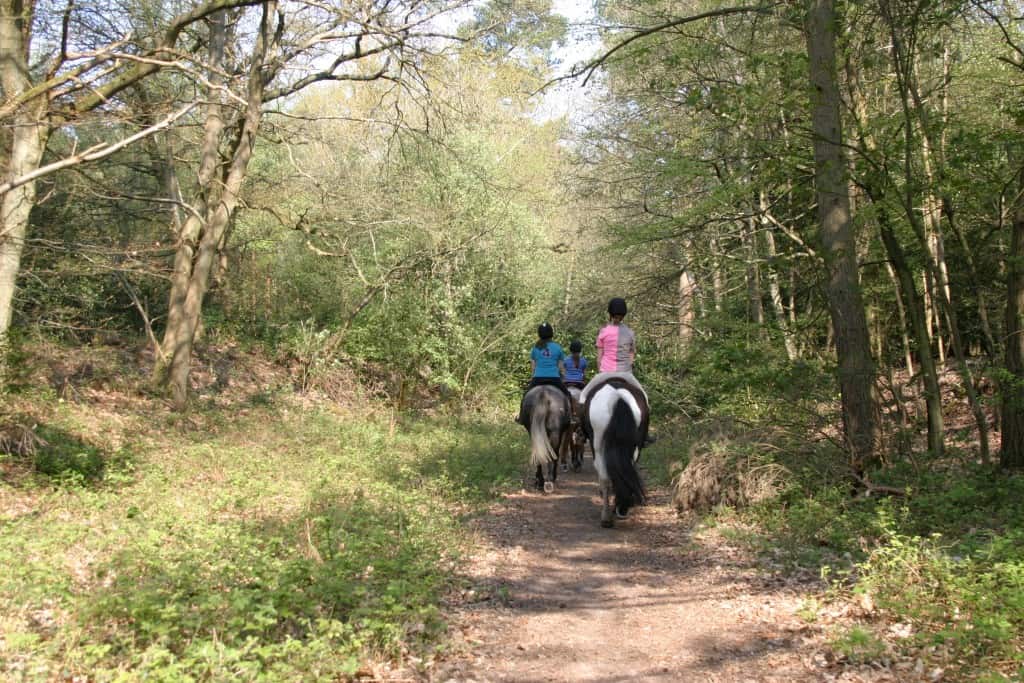 Why you shouldn’t hack alone

Everybody knows that they shouldn’t hack alone – for all the following reasons:

Remember to always ride with someone else!

What to do if you lose your pony on a hack

So say you fall off, and when you jump to your feet you’re treated to a view of your pony’s tail disappearing into the woods/across the common/down the bridlepath, going at what looks like a 100 miles an hour. What should you do?

The first thing to think about is whether you’re okay. If you are, you’re going to be worried about your pony. If you’re not then one of your friends needs to go for help.

Most ponies will either make their way home or run for a while before stopping to graze. Some ponies will hang around because they want to be with their mates – your friends’ ponies (another reason to ride with them!).

1. He’s stopped to graze – but he may not volunteer to be caught! Always carry a few pony nuts in your pocket, and some rustly paper to attract his attention. This should make catching him easier. Your friends may be able to edge their ponies nearer to him and catch him for you, but don’t let them chase him around like something out of a wild west rodeo. It will just get him more excited – you want to keep everything calm.

2. He’s hanging around with his mates. Great – as before, ask them to lean over and grab the reins for you in a totally don’t-care, casual sort of way. Make sure their pony is your pony’s chum – if not there may just be a kicking match in the offing, which will make things worse.

3. He’s made a run for it – oh dear. You’ll probably have your mobile with you so call the yard and tell them your pony is loose and possibly heading their way. Someone can then look out for him.

Try not to panic (difficult, we know, especially if you are near to any roads). Panicking won’t help, you need a clear head to put a plan into action instead. Set off after him and see whether one of your friends can ride ahead to keep your pony in their sights – but make sure they don’t turn it into a race, making him go even faster. Most ponies will run for a while before deciding to graze, so your friend may be able to creep up and catch him then if given the opportunity.

If your pony doesn’t stop there’s not much you can do about it so just follow, making sure you don’t spook him.

Let’s assume you’ve caught your pony. Is that the end of it? Not quite. Make a fuss of him and tell him what a good boy he is. If you fell off because he thought it would be a laugh to throw in a bronco fit and you didn’t get the joke, or he led you a merry dance catching him then don’t take your anger out on your pony, however tempting it may be.

It is understandable that you will be upset and a bit shaky, but you want your pony to come back to you next time (and there may well be a next time!), and if you tell him off, what motive does he have to do that? None!

Instead, give him some treats and make a fuss of him. He’s forgotten all about the bronco fit by now so even if you do tell him off, he won’t make the connection. He’ll connect being told off with allowing himself to be caught.

It’s not all about you…

Your pony may be as shaky as you are! There he was, hacking along as normal and then, suddenly, his saddle was empty and any instructions from upstairs abruptly ceased! A scary and unfamiliar situation for some ponies (sadly, not for others!). Reassure him and gently take control to restore his confidence. He thinks you left him!

Lastly, if you and your pony parted company because you were being less than sensible (sorry to be all grown-up here), then make sure you don’t repeat the experience. Next time you may not be so lucky!