January's book is The Second Best Pony by Helen Haraldsen 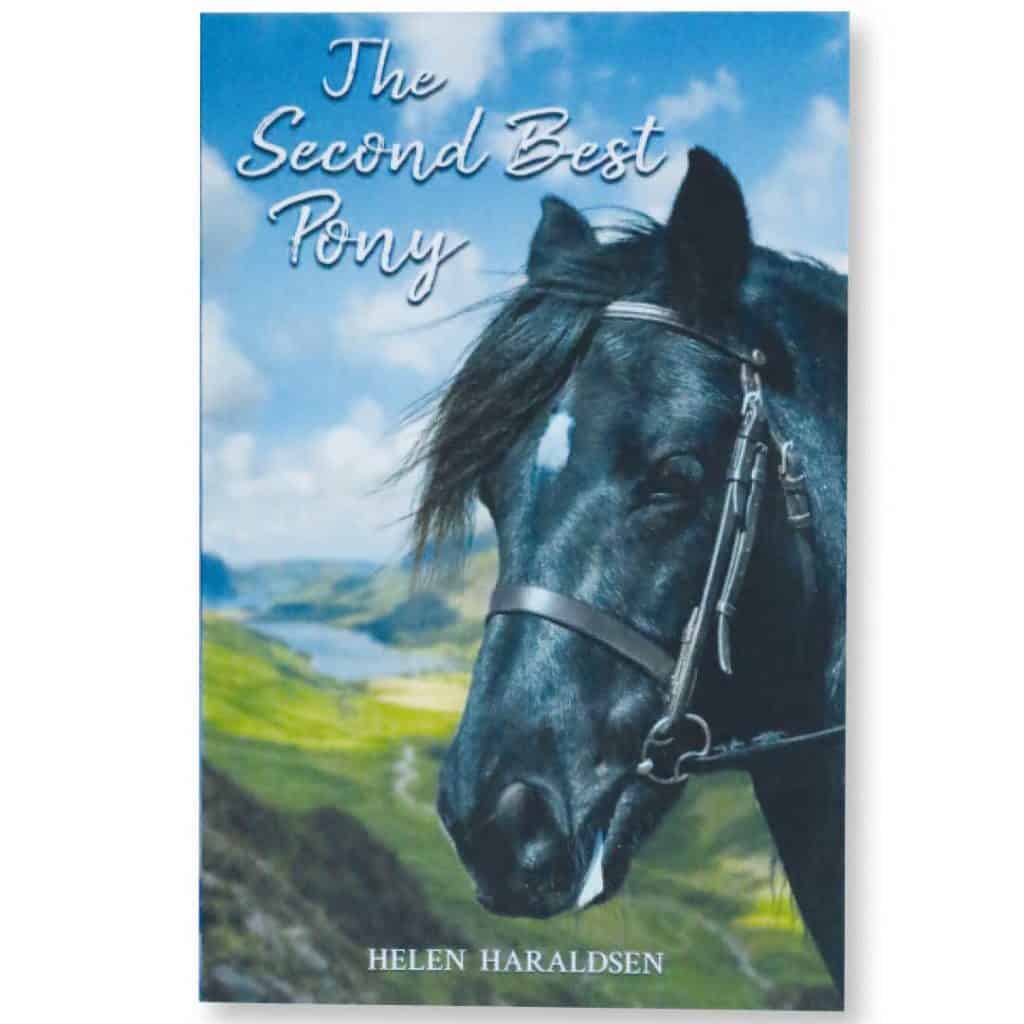 It’s the start of a new Pony Club season, and although Amber Anderson adores her pony, Little Pearl, she knows in her heart of hearts that the little mare isn’t the star competition pony she’s always dreamed of. She’ll never have a chance of beating arch rival Elisha Templeton for one thing!

Then, it looks like Amber’s dreams could be coming true, when her parents agree to buy her a smart pony with a string of competition wins to her name. It all starts well, with a first prize in their first showjumping class, but disaster strikes and the new pony’s out of action with just Pony Club camp a few days away.

Can Amber’s other mare, Honey, the steady but spooky pony who she hadn’t even tried over fences before, step in and save the day?

The book’s the second in an exciting series about Amber. Check out our review of the first, Little Pearl, here…

The gorgeous cover star of The Second Best Pony is Clyde, who belongs to PONY brand enthusiast @thefellpony – aka Katie Trotter!

Katie, who’s from West Kilbride, Scotland, won the chance for Clyde – whose show name is Greenholme Clyde – to appear on the cover.

“The book’s about one of my childhood ponies, a registered Fell pony called Townend Honeysuckle and I wanted to find a way to get a great image of a Fell pony to use on the cover,” says author Helen. “I decided to run a competition through my website, and when the entries had been posted, visitors to the site got to vote for their fave. Clyde was the clear winner.”

“When we found out that Clyde had won, my entire family were over the moon, especially me!” says Katie, who’s a member of Eglinton Pony Club. “It’s always been my dream to have Clyde on the cover of a book, so I couldn’t believe it when it became a reality.”

Helen travelled up to Scotland to meet Katie and Clyde and says: “I’d seen loads of pictures and videos of Clyde, but meeting him ‘in person’ felt so special,” she says. “Not only is he very handsome, his personality matches that of my pony, Honey, who the story’s about.  I feel really lucky to have him as my cover star, and I’m so pleased I was able to meet him in the flesh and give him a kiss!  I even got to go to a local beach and watch Katie cantering Clyde along the sand.”

Calling all budding writers! The Second Best Pony author, Helen Haraldsen, is holding an awesome competition that challenges you to re-write an event in her first book in the Amber’s Pony Tales series, Little Pearl. To enter, choose your fave part of the book and describe it from Pearl’s point of view. You need to write no more than one page of A4, and the judges will be looking at the quality of your creative writing, plus your skill in writing from a pony’s viewpoint!

There are three age categories: 10 and under, 11-14 years and 15 plus. The winner of each category will receive a signed copy of the Amber’s Pony Tales book of their choice, a tote bag, badge, bookmark and postcard! Plus, the winning entry will be published on Helen’s website!

Email your entry to hhbooks0@gmail.com by 12 noon on Tuesday 31 December. (If you’re under 13, ask a parent to email it for you).